Texas population climbed 379,000 in past year — that’s like adding a city the size of Cleveland 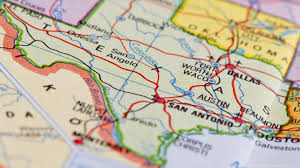 Texas continues to add more people than any other state.

U.S. Census data released this week show population growth in Texas between July 1, 2017 and July 1, 2018 was higher than any other state. The population in the Lone Star State increased by 379,128 in that span, bringing the state’s total population to 28,701,845.

The data showed that Texas had more births than deaths over the time frame, and that the population was buoyed by new residents moving from both inside and outside the United States.

The year-over-year growth is rivaled only by Florida, which saw a population increase of 322,513 people. California ranked No. 3, adding 157,696 people.

Of the 10 most populous states in the U.S., only Florida (1.5 percent), Texas and North Carolina (1.1 percent) ranked among the top 10 in percentage growth.

A November analysis by the Austin Chamber of Commerce provided some context for the continued population growth, at least in the Texas capital. The study found that the total of number of jobs in the Austin metro has seen a 3.9 percent hike in the past year, making it the second-best metro for job growth in the country.