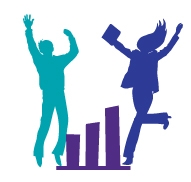 About 20 years ago, my boss pulled me into his office and asked a favor. We were entering June and all indications were pointing to a slow second quarter. The company needed sales. He needed sales. His request was direct: “I need you to pull in every dollar possible this month. I’ll approve whatever you need—just bring in the sales.” I rode in the field every day that month, staying in front of decision-makers and creatively convincing them to place their Q3 orders early. My region finished almost 300% of our quota, and we saved our company’s reporting that quarter.

Guess what? We had a contest the next quarter and the director of the winning region won a Rolex. Really? I just pulled all my Q3 business into Q2 to bail out the other regions, and now one of them is going to get a Rolex… my Rolex. I haven’t liked sales contests since then, and have bitterly pointed out their shortcomings every chance I get.  However, along this journey of criticizing these types of competitions, I’ve also developed some best practices to getting the most of out of sales contests. Below are six ideas that will help sales leaders develop, promote and execute successful sales contests.

3.    Have multiple ways to win. If a contest rewards only first prize, then you’ll lose many of the competitors once someone jumps out to an early lead. The best contests reward the winner, but also reward everyone that breaks a certain milestone. For example, the sales person who sells the most hosted access control this quarter wins a five-day trip for two.  Everyone else that sells 125% of their quarterly quota of hosted access control wins a $500 Amazon gift card.

5.    Constantly keep score. I’ve seen most sales contests fail because the leaders don’t keep score or promote activity. Position scoreboards around the office and nnounce the scores at every sales meeting. Send mass emails when the scores are updated. Don’t give up if the activity isn’t immediate. Stay on track and keep score every step of the way.

Chris Peterson is president of the Vector Firm, a leader in helping security companies improve their sales and digital marketing performance.