Senate Version of Defense Bill Does Not Include Chinese Camera Ban 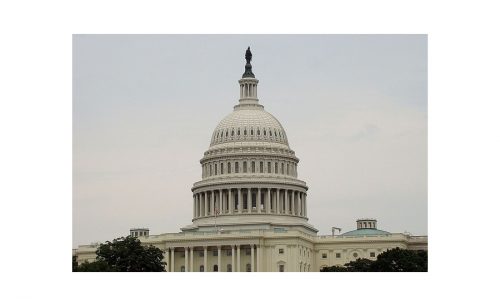 The Senate passed a defense spending bill June 18 that does not include a ban on certain Chinese camera manufacturers, including Hikvision and Dahua, as the House version did; however, a final bill will have to be passed by both chambers reconciling the two bills and then signed by President Trump. Whether this final bill includes the Chinese camera ban remains to be seen.

On May 25, the House of Representatives passed a $717 billion defense-policy bill, which would ban the U.S. government from buying surveillance equipment from several Chinese manufacturers, including Hikvision and Dahua, according to a story in The Wall Street Journal.

The vote, which passed 351-66, aimed to prevent China from creating a video surveillance network within federal agencies, according to a statement by the Rep. Vicky Hartzler, the Missouri Republican who offered the amendment to the bill.

Hikvision made a statement insisting there was no evidence to justify the amendment, and The Wall Street Journal reported Hikvision equipment is used across the U.S., including by the Memphis Police Department, which reported the equipment helps the department make up to 100 arrests a year.

The bill also bans technology by Chinese telecom companies ZTE Corp. and Huawei Technologies Co., which have been blocked since a 2012 Congressional report warned their equipment could pose a national security threat.

On June 18, the Senate passed a $716 billion defense policy bill that would kill the Trump administration’s agreement to allow ZTE to resume business with U.S. suppliers, according to Reuters.

The final bill would have to be reconciled with the bill the House already passed, and then, after both chambers pass the compromise measure, it must be signed into law by President Trump, who promised to lobby against a bill that does not remove the ban on ZTE.

The Senate bill does not include the provisions banning surveillance equipment, however.

SDM reached out to the Security Industry Association’s government relations branch, which said SIA is reviewing the issue internally and would be able to comment more substantively as early as June 25.

This is a developing story; please check back with SDM for updates.