Over 200 cameras installed in Niles schools to increase security 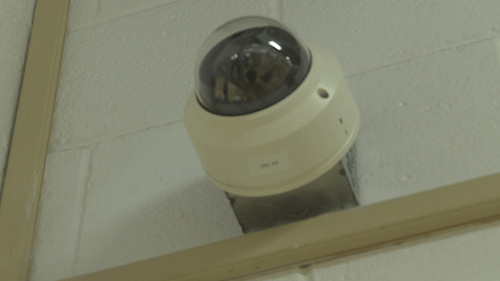 Niles Schools are making sure students are safe by increasing security.

A nearly $450,000 grant has enabled education officials to “see” what’s going on inside and outside their buildings. They now have 240 cameras throughout their schools.

Officials told us they were elated when they realized the grant money would cover the cost of putting an extensive surveillance system throughout their corporation. This is a major step in making parents and students feel safe throughout their school day.

“Every elementary school, every high school,” said Dan Applegate, Superintendent of Niles Community Schools. “Better coverage, updated digital technology, cameras on our bus. We’re so fortunate to be able to get this.”
A nearly $450,000 grant from the Michigan State Police, to help bring secure technology to the corporation.

“It’s 2020 and everything is live,” said Tracy Hertsel, Director of Student Support Services. “There are not a lot of places that we go in this world that’s not being filmed right now honestly.”

Hertsel says the cameras have been installed in hallways, outside the entrances and exits of buildings and enable authorities to view what’s happening in those areas at all times.

“They really get good footage if we need it,” said Hertsel. “We’ve actually just started online in the last two weeks with some cameras, and they’ve resolved a few issues for us already, so they are already paying dividends.”

Certified personnel can bring the video up on computers or their cell phones, and in an emergency, they’ll save minutes by helping police figure out where the dangerous situation is.

The cameras also send out an alarm if they pick up gun shots.

“One of the biggest things is if you have a threat, if you can identify the threat and you can contain the threat easier,” said Hertsel.

That’s not the only way the school corporation is improving safety; the school already improved HVAC units to increase airflow throughout the buildings and shut off air coming in from the outside in case of an emergency.

“We can actually hit a button that will shut down the outside air, so that way if there’s a chemical of any type that’s spread in the air and the wind is blowing toward our school,” said Hertsel.

The HVAC unit improvement was actually not part of the grant, but the school district included it in its overall security improvements.

Officials think it’ll also help stop the spread of influenza by continuously bringing in fresh air throughout the buildings.