Legit robocalls get snared in crackdown on scams 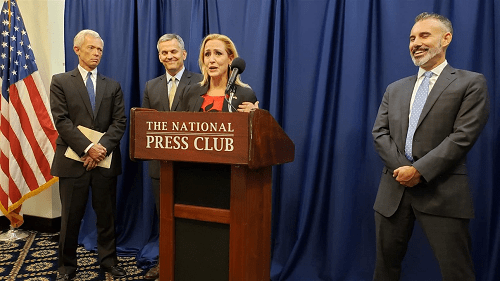 Editor’s note: This story has been updated to clarify Margot Saunders’ comments about the agreement between the attorneys general and the telecom companies.

Your cellphone rings from a number you don’t recognize. Reluctantly, you pick it up and discover it’s an automated call from your credit card company, warning you that someone has fraudulently used your card to buy 10 plane tickets to Singapore. You won’t have to pay the charges. Whew!

Amid state and federal efforts to crack down on scam robocalls, legitimate robocallers worry that calls like this one will be blocked too.

Last week, attorneys general from all 50 states plus the District of Columbia announced a new agreement with telecom companies to crack down on illegal calls and scams. The U.S. House and Senate both have approved measures to curb the scam calls and are currently ironing out the differences between them, and the Federal Communications Commission is working on its own anti-scammer rules.

Commercial software packages can limit the calls, and consumers are getting savvier about refusing to answer calls from unfamiliar numbers. Nevertheless, the number of both legitimate and scam robocalls continue to increase.

But experts say about 10% of legitimate robocalls are blocked. That could cause people to miss a call reminding them to refill a prescription or make that veterinarian appointment for Fluffy, or informing them that snow has delayed the beginning of school. Or even worse, they might miss a severe weather alert or a warning about an active shooter.

Capital One, Comcast, Transworld Systems, Wells Fargo, Macy’s Citibank and AT&T are among the most frequent legitimate robocallers. Charities can make robocalls, but if they hire a firm to do it for them, they can only call previous donors or members of that charity.

“My fear is the harm we do by catching the legal calls will be a far greater harm to the consumer than anything any robocall ever did,” said Rebekah Johnson, the founder and CEO of Numeracle, a company that represents legitimate businesses and works with phone companies and call-blocking software firms to let the legit calls go through.

Alex Quilici, CEO of YouMail, said the ultimate solution lies with the consumer in deciding which calls can get through or be sent automatically to voicemail. “A lot of these legal callers, they have the right to make the call, and the consumer has the right to say, ‘This call can’t come to me.’ It’s not surprising this happens with a lot of calls, like the 28th payment reminder, it’s perfectly reasonable for the consumer to block those.”

Under current regulations, a consumer may contact a legitimate business and ask to be taken off a call list. The difficulty comes when scam companies spoof a legitimate number, making it look like the call is coming from your bank or someone in the same area code. People are more inclined to answer those.

North Carolina Attorney General Josh Stein, a Democrat, at a news conference last week announcing the anti-robocall deal, suggested that technology is the answer. “The sophistication of call-blocking technology is such that it can discern what is lawful and what is an illegal robocall.”

But the firm Appriss Safety, based in Kentucky, part of the coalition that wrote to the FCC about proposed robocall regulations, said sometimes the technology makes errors.

Appriss Safety President Josh Bruner said in an interview with Stateline that his company markets an automated notification service, the Victim Information and Notification Everyday (VINE), to 48 states. VINE notifies crime victims of any change in status of their alleged perpetrators, such as release from jail or prison. States contract for the service, and victims who sign up get robocalls from the company.

“Our concern is really if we’re not careful and we block all automatic notification technologies, we will block notification services like VINE to the detriment of the victims,” Bruner said. “There are legitimate notifications out there for the public good, and we want to make sure people know that. It needs to be a little more surgical in how we allow the carriers to block these things.”

In the letter to the FCC, Appriss listed several instances in which the company’s VINE calls were blocked as spam or “caller unknown.”

State attorneys general say robocalls generate the most complaints to their offices. Several states have enacted laws cracking down on the illegal calls, but those laws are sometimes ineffective because the calls originate in another state or country.

Meanwhile, consumers are losing an estimated $350 million annually because of phone scams, such as requests for money to fix an immigration problem or requests for personal information and credit card numbers which are then used by the scammers, according to the Consumers Union, the advocacy arm of Consumer Reports.

Patrick Halley, a senior vice president at USTelecom, one of the firms that entered into the agreement with the attorneys general, acknowledged some robocalls are legitimate and “by no means does anybody in the industry want to prevent those calls from getting through.”

AT&T said in July that it is starting to roll out procedures that will automatically block suspected scammers or alert consumers to spam.

New Hampshire Attorney General Gordon MacDonald, a Republican, said the problem is so pervasive that some people who should be answering their phones aren’t. He mentioned a woman in his state with liver disease who declined to answer a call from a Florida number, assuming it was from a robocaller.

In fact, it was Massachusetts General Hospital calling to tell her a liver was available for transplant. Fortunately, the team left a voicemail that the patient listened to in time, according to the Manchester Union Leader. She got her new liver Aug. 6.

To avoid scams, consumer advocates generally advise people not to answer calls from unfamiliar numbers. But that technique, MacDonald said, “can have severe consequences,” as the case of the New Hampshire woman shows.

In signing the deal with the attorneys general, the 12 largest telecom companies pledged to combat illegal robocalls on their networks and help state law enforcement officials trace illegal calls.

The companies also promised to provide customers with free call-blocking software. AT&T, CenturyLink, Comcast, Frontier, T-Mobile, Verizon, Sprint and U.S. Cellular are all participating. Smaller phone companies are not part of the deal.

Margot Saunders, senior counsel at the National Consumer Law Center, a consumer rights group based in Boston, said every bit of effort to combat illegal robocalls helps, and the agreement the attorneys general signed with the telecom companies helps close a gap left by earlier attempts at regulations that did nothing to deal with the “multiplicity of phone numbers that are available to anyone who wants to buy them.”

She said, the deal is a “good step,” and the legislation working its way through Capitol Hill is another. The Senate approved the Traced Act, which includes methods to crack down on fake caller IDs. And the House approved the Stopping Bad Robocalls Act, which, Saunders said, would strengthen protections for consumers dealing with legal robocalls, including beefing up rules requiring consent before calling and stopping the calls when customers ask. The bills are in a conference committee attempting to iron out differences.