Is This Camera-less DIY System the Future of Home Security? 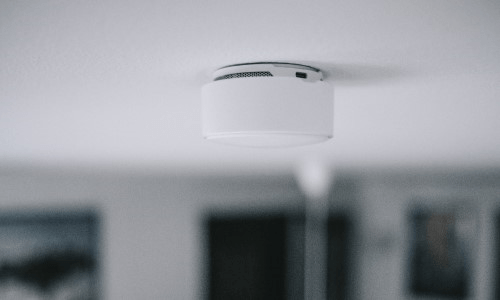 Minut uses passive infrared heat detection to detect living things, in addition to tracking changes in the environment such as temperature or noise disturbances.

There are so many DIY security systems out there these days, it’s hard to keep track of them all. One that recently caught my eye is from Malmo, Sweden-based Minut.

While not a household name like SimpliSafe or Ring, the company says it has shipped over 10,000 units across more than 60 countries.

So, what differentiates Minut from all the other DIY security systems out there? Minut doesn’t use surveillance cameras. Its website declares, “Minut is a new way to secure your home without sacrificing privacy. No cameras. No wires. No complicated installation.”

Why is this a big deal? Privacy concerns are at an all-time high, especially when it comes to video surveillance and smart home gear. According to research from Parks Associates, 79% of US broadband households are concerned about data security or privacy issues.

Just a few months ago, Ring cameras across the country were hijacked by hackers. Not only did Ring customers have to worry about hackers, but it was also reported that Ring employees were fired for snooping on videos that they were not authorized to view.

The past several years have also seen Nest suffer a number of hacks, including to both its thermostats and security cameras.

Minut eliminates these worries by replacing the security camera with an all-in-one puck-shaped device. This device contains a passive infrared (PIR) motion sensor that detects the heat energy emitted by living things.

The sensor also monitors the environment for noises such as glass breaks and other alarms like smoke or CO2 detection, as well as temperature and humidity.

All notifications are then sent to the user via Minut’s app. There is no professional monitoring offered, however it does integrate with Noonlight, a third-party service that connects certain smart devices to first responders.

We are living in interesting times. Despite end users having access to more security solutions than ever, the security of those solutions can sometimes be questionable.

Do you think manufacturers will begin developing solutions that circumvent security cameras for users concerned about privacy? Let us know in the comments.