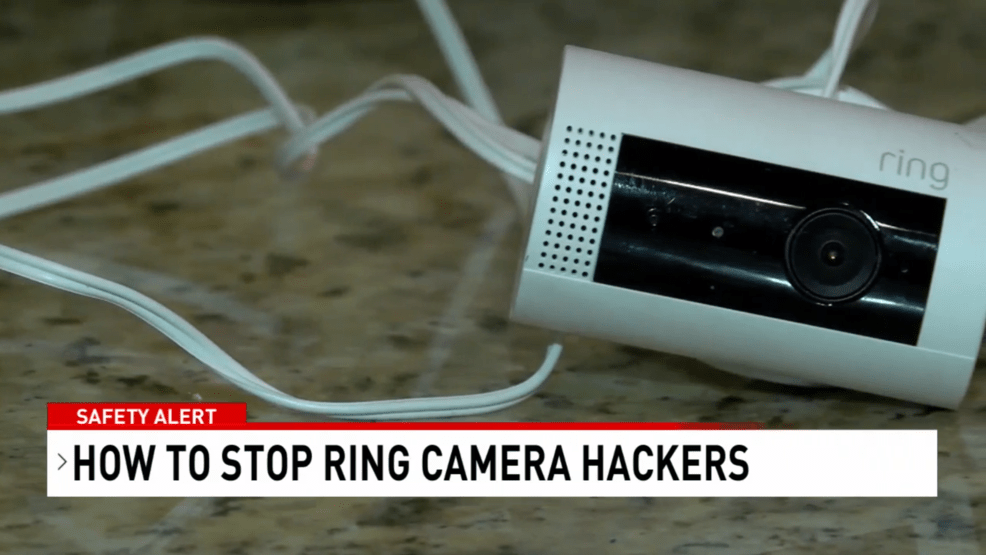 You might not be the only person who’s monitoring your security cameras at home. Hackers are finding their way inside your home through the lenses of those little cameras planned around your home, including your front door.

A North Mississippi mom disconnected her Ring Home Camera System after a hacker used it to talk to her 8-year-old daughter. Ashley Lemay said the hacker was playing creepy music on the system in her daughter’s room. When the little girl went to find out where the music was coming from, the cyber thief told her “I’m Santa Claus. Don’t you want to be my friend?”

These home security cameras are supposed to add a level of protection for families like Lemay. The mom and nurse even bought the camera system to monitor her children. Hackers have made her disconnect the cameras.

“They could watch them sleeping, changing… they could have watched a lot of things. Honestly, my gut, it makes me feel it’s either somebody who knows us or somebody who is very close by,” Lemay said.

These computer criminals are even stalking vulnerable families and burglarizing their homes.

Recently, hackers taunted a Florida family by setting off their alarm and making racist comments to the biracial family.

Paula Antonio, Technical Engineer for NBC 15, said the most common way hackers break the system is because homeowners use default passwords for the camera system. She recommends using long and complicated passphrases instead of passwords when setting up your cameras.

“Use upper, lower case letter, numbers, symbols, things of that nature. The more secure you will be,” Antonio said.

Also avoid using free public WiFi when accessing your security cameras via your mobile phone. She said it’s a sure way for hackers to gain access.

Customer trust is important to us and we take the security of our devices seriously. We have investigated this incident and can confirm it is in no way related to a breach or compromise of Ring’s security.

Due to the fact that customers often use the same username and password for their various accounts and subscriptions, bad actors often reuse credentials stolen or leaked from one service on other services. As a precaution, we highly and openly encourage all Ring users to enable two-factor authentication on their Ring account, add Shared Users (instead of sharing login credentials), use strong passwords, and regularly change their passwords.

We have taken appropriate actions to promptly remove bad actors from all affected accounts, and all affected users have been contacted.