How SIAC Fights to Defend the Alarm Industry From Unfair Fines

Though it has seen some wins, the Security Industry Alarm Coalition still faces big challenges when it comes to fighting unfair alarm ordinances. 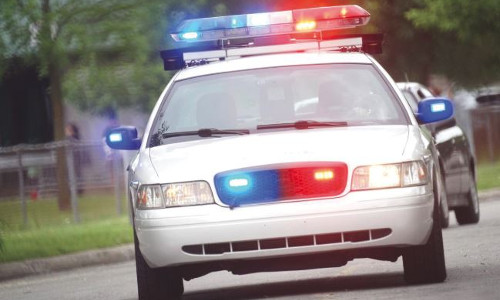 You need to only look to the state of Georgia to see a picture of the current regulatory environment for the alarm industry, which includes some big wins and some daunting challenges.

In Atlanta, police have reduced false alarm calls by 56.9% over the past several years by utilizing the Georgia Association of Chiefs of Police (GACP) Model Alarm Ordinance. Their success was recently recognized with the Security Industry Alarm Coalition (SIAC) Director’s Award of Distinction for Excellence in Alarm Management.

“The Atlanta Police Department, being the major law enforcement agency in the state, is an excellent example of developing an effective alarm reduction program, and the committee commends Chief Erika Shields and her leadership team,” says Chief Dan Flynn of Marietta, Ga., who serves as GACP Alarm Management Committee chair.

In most cases, this has meant utilizing a version of the Model Ordinance and avoiding policies such as verified response or the passing of customer fines to the alarm dealers for payment.

Yet despite the success in Atlanta and many other cities, the industry is engaged in a legal battle with Sandy Springs, Ga., over their ordinance that fines alarm companies rather than alarm owners for false alarms. SIAC is helping coordinate efforts and raise funds to challenge the ordinance in U.S. District Court.

The lawsuit was filed by the Georgia Electronic Life Safety & System Association (GELSSA) and two alarm companies, A-Com and Safecom.

“If this unconstitutional ordinance is allowed to stand, our industry could likely face this same type of issue from other communities who have the mistaken belief that fining alarm companies is an effective way to deal with alarm dispatch issues,” notes GELSSA President Dan Gordon.

In addition to fining alarm companies, the Sandy Springs ordinance cuts off service to a company’s customer for unpaid fines. Fines have quickly mounted to more than $428,000.

The city made some modifications to the ordinance following complaints from the industry, but has stubbornly defended the unconstitutional provision to fine alarm companies in court and have now passed an ordinance to institute verified response next year.

Drawing a line in the sand for this type of unconstitutional ordinance is critical because proponents of anti-industry ordinances have a tendency to try to sell their philosophy to other jurisdictions.

SIAC has been successful in getting another neighboring city to delay implementing a similar ordinance until the federal case is resolved.

Sandy Springs officials visited Salt Lake City to bolster their support for implementing verified response. SIAC’s goal is to continue to stop these punitive ordinances before they become law and require a legal response by promoting the success of the Model Ordinance through interaction with public safety leaders and by being a free, credible resource for communities seeking to reduce false alarms.

SIAC has also worked to update the Model Ordinance to include new language concerning the increase in the use of video in security systems. The ordinance sets standards for verification.

The CP-01 standard has been temporarily removed from the Model Ordinance so that it can be updated to take into account technology innovations in security systems and away from the “hardware” base solutions.

With approximately 18,000 public safety agencies nationwide, the challenge remains for SIAC to be one voice for the alarm industry when it comes to issues regarding regulations and false alarm reductions.

Constant turnover in elected officials and law enforcement leadership makes it important to continue and expand these efforts going forward. Our future is in jeopardy as funding our operations continues to be a challenge with acquisitions, changing leadership and the fact that we sell no products or services.

We depend on voluntarily contributions each year. Will SIAC continue to be the trusted “one voice of the industry to law enforcement”? It’s up to you!

Stan Martin is Executive Director of SIAC and an SSI Industry Hall of Famer.