How Security System Defects Led to a $3M Jewelry Heist 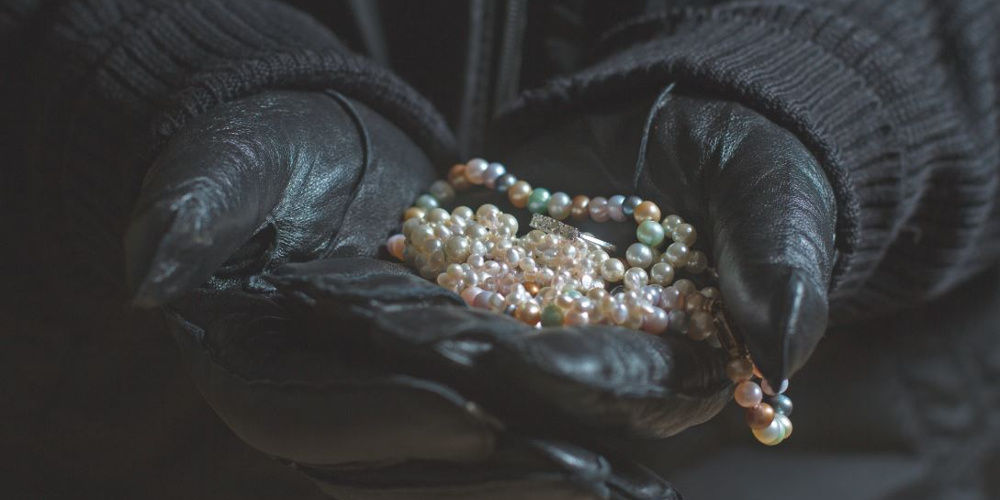 A forensic expert examines the $3 million burglary of a jewelry store, caused by egregious conduct and violations of industry standards by both the alarm contractor and central station.

One of the more unique niches among the many security vertical markets is that of jewelry stores. Due to their high value content these establishments are constant burglary targets. Consequently, alarm contractors know to recommend more advanced security system equipment and monitoring than standard protected premises.

These solutions usually include high-security onsite (see UL 687) Safes and UL Cetificated Burglar Alarm Systems (see UL 681 and 827). No doubt this can be a lucrative market for providers, but only if they are extremely exacting in their installation and monitoring practices, policies and procedures.

Building trust is essential and errant steps can expose an alarm contractor or a central station to loss potential and litigation.

Here is one cautionary tale featuring an actual case and circumstances in which both the alarm company and its monitoring partner fell short during a $3 million heist. Their undoing is presented here so others can learn and avoid a similar fate.

Facts of the Case

One or more intruders forcibly cut a hole in the roof of a jewelry store, successfully attacked the phone line to the security system at the control panel, disconnected the system’s wireless radio, and then penetrated the store’s safes at the premises, ultimately removing all contents.

At the time of the burglary the store was purported to be equipped with a security system that was designed, installed and monitored by an alarm company. Notably, the system was not UL Listed, nor was the equipment certificated for its intended purpose.

It consisted of alarm contacts on all perimeter doors, interior motion detectors, panic buttons, safe protection and two forms of communication channels to the central station.

One of those being a digital alarm communicator transmitter (DACT), which connected the premises’ phone lines, and the other a wireless cellular radio transmitter.

Against the foregoing backdrop, while the system was attacked and destroyed by the intruders, they had no clue that their actions had silently triggered the system’s wireless radio alarm transmitter.

However, an “E351” signal identified as a Telco Line 1 Fault from the jewelry store through the central station’s automation software was improperly interpreted as “Main Dialer Trouble.”

So the police were never dispatched as was required. During that time, the central station operator notified the subscriber by telephone of the “trouble condition” initiating from their premises.

The subscriber told the operator that he was very concerned and questioned what this signal meant. Despite his concerns, the subscriber was repeatedly assured by the central station operator that the alarm system and radio were still working and that everything was “OK.”

In fact, the central station operator exclaimed that if the system was not working they would not have received any signal.

Being assured that there was nothing at all to be concerned about, the subscriber took no action. However, when the customer then opened up his store after the weekend he was shocked to discover that a burglary had in fact taken place, and that his safes had been attacked and cleaned out of $3 million in jewelry.

Expert forensic analysis of the information transmitted by the system’s wireless radio alarm transmitter indicated there was a discrepancy versus how it was interpreted by the central station’s automation software.

The central station had decided to use a global format rather than customize and/or take into consideration that the wireless radio transmitter at the jewelry store reported in accordance with what an E351 signal is as indicated.

Undeniably, the alarm contractor never took the necessary steps to verify that all signals received through the central station automation software matched the way in which the system was designed and intended to detect burglary alarm conditions, and transmit same to the central station.

Clearly, the failure(s) of both the alarm contractor and the central station in this matter allowed the perpetrators to have an abundance of opportunity and time to be successful in their criminal act. As a result, both of these parties were a significant proximate cause to the damages sustained.

The actions and inactions of both parties in this matter rendered the security system dangerous, incomplete and unreliable. Yet, neither the alarm contractor nor the central station ever identified this significant defect and irregularity.

A reasonably prudent central station should never have policies and procedures in place which increase the risk to any subscriber. Invariably, neither the alarm contractor nor central station in this case met industry standards and best practices.

As a result, they materially breached their duties to the protected premises of the jewelry store. 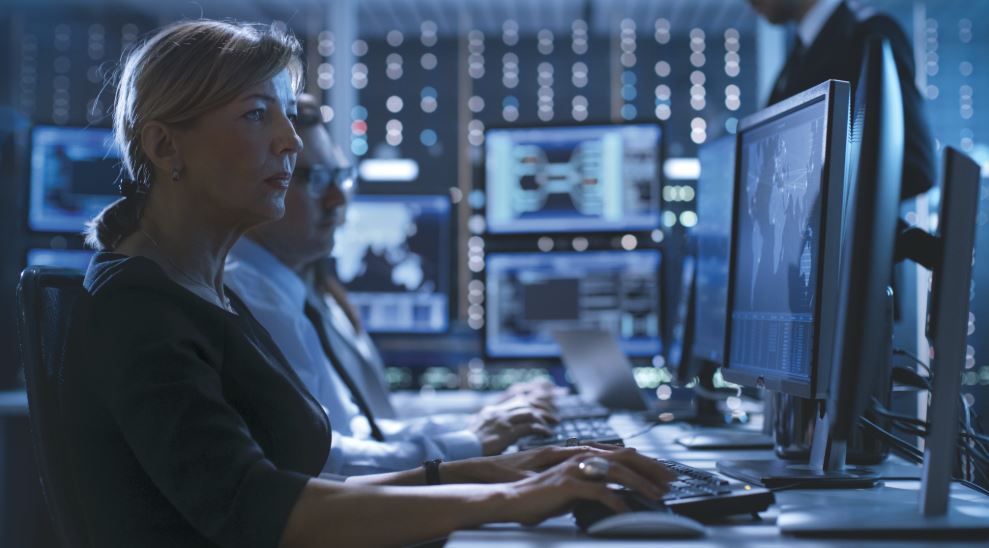 A central station notified a jewelry store and its alarm dealer of a “trouble condition.” The providers assured the subscriber the alarm system and radio were still working, but a burglary had in fact occurred.

Consistent with the dangerous environment created by the central station in this matter was that its operator charged with the pivotal duty to properly “handle” and monitor this high-risk, high-burglary exposure account testified that she had never received any training on what a main dialer trouble was or as to its causation.

Fundamentally, since the “main dialer trouble” signal was not defined on the jewelry store account, the central station operator should have considered it an “undefined signal.”

Thusly, pursuant to its policies and procedures, the central station operator should have immediately dispatched the police to the premises.

The jewelry store’s wireless radio alarm transmitter was specifically designed and manufactured to be able to transmit alarm signals to a central station under the following circumstances; a) if the protected premises’ telephone lines were cut; b) if the wiring between the control panel set and the wireless radio alarm transmitter were attacked or cut; and c) if the alarm system’s control panel was configured and wired to actuate an input on the radio from the control panel set during an alarm condition at the protected premises.

The importance of enabling all of these features is that it is highly foreseeable the protected premises’ phone lines will be cut and that the control panel will be attacked.

And if the phone line is not cut and the burglar alarm system is activated, the radio can still be initiated by a set of wet or dry contacts, resulting in dual communications to the central station.

In this particular case, it is important to note that the wireless radio alarm transmitter had its own power supply even when disconnected from the control panel set.

So when the control panel and its wiring was attacked in tandem with the system’s wireless transmitter (found on the premises’ floor after the burglary), that internal power supply still allowed it to trigger a silent E351 signal to the central station.

Had this mission-critical feature not been enabled, the central station would not have received any signal. On the other hand, had the central station properly handled the E351 signal as a Telco 1 Line Fault alarm condition, it is axiomatic that the perpetrators would have been captured by the responding police based on the hours the culprits spent at the protected premises.

An alarm contractor has a duty to comply with the equipment manufacturers’ specifications, its representations, UL standards and nationally recognized industry standards and best practices.

As a UL Listed central station, management knew or reasonably should have known of the criticality of relevant standards, including that of UL 827 Central Station Alarm Services.

Undeniably, the signal received at the central station on the day of the burglary from the jewelry store indicates the Contact ID reporting code of E351, being a Telco Line 1 Fault, not a main dialer trouble condition.

The central station database blueprint of the account was devoid of any verbiage that, either directly or indirectly, related to a “main dialer trouble” for the jewelry store’s premises.

The alarm contractor/dealer acted recklessly by not properly deciphering and identifying each of the zones and event codes that would foreseeably be transmitted to the central station during a burglary event.

The central station operator was put in the important position of trust to properly monitor the jewelry store. The person who handled the signal received from the jewelry store during the actual burglary event was improperly trained, supervised and acted recklessly by providing inaccurate and misleading information to the subscriber.

It was the equivalent of pure guesswork, inference and speculation. But for the actions and inactions in this matter, the intrusion could not have been successful.

Furthermore, nothing that the jewelry store owner did or did not do was a significant proximate cause of the damages sustained. Critically, alarm contractors and central stations need to help make sure that each person on their team is both regularly and properly trained and supervised.