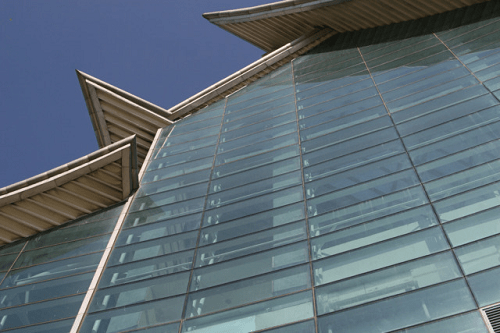 Multi-purpose window films should be part of a multi-layered approach to developing comprehensive cyber and physical security plans.

Privacy. In the not-too-distant future, this might be a word with little meaning or relevance to our daily lives. Some might call it an antiquated term.

We regularly hear about security breaches, making Social Security numbers, credit card accounts, and conversations public. Alexa and Siri are, reportedly, eavesdropping. And, those washers and dryers connected to the Internet are providing hackers with another entry portal to our homes.

To make matters more complex, electronic eavesdropping is becoming prevalent as “spies” steal sensitive information from corporations, governmental agencies, and the military. In the past, this type of eavesdropping was done with wiretaps, cameras, and recorders taped to an individual’s torso.

Today, it can be done from the inside by planting software into a computer or cell phone. But it can also be done from the outside by pointing laser microphones at a window to intercept information from meetings in conference rooms, cell phone conversations, emails and texts.

As information and physical spaces are increasingly at risk, the installation of high-technology window films should be part of a multi-layered approach to developing comprehensive cyber and physical security plans.

Let’s first set the stage for defining “window film” and its evolution as a product that enhances lifestyles, safety, and cybersecurity efforts.

All of us love windows. They allow light to flood our homes and offices. Most of us prefer this natural light and expansive windows that bring warmth to rooms. However, these windows can also make us more vulnerable. Sometimes they allow too much light in and our HVAC bills skyrocket. They can provide access to thieves. Glass can be “weaponized” as shards injure tenants in the event of a bomb blast.

These window panes are also being targeted by cyber spies. Much like poorly sealed windows that allow heat and air conditioning to escape and cost us money, poorly protected windows also provide dangers from both physical and cyber standpoints. They allow access from the outside and are portals for letting information leak out.

In recent years, the application of multi-purpose films has also become part of an organization’s cybersecurity plan. The good news is that there are solutions.

The first step is acknowledging that advanced technology is being used by corporate spies hoping to secure information on new products, pharmaceuticals, and other innovations. Foreign governments are spying on the Pentagon, Department of Defense, and other government agencies seeking an edge in global events. And, of course, there are accusations that our elections have been compromised by a wide range of technological intrusions.

This high-tech espionage is a long way from the days when prevention simply involved turning computer monitors away from windows to prevent window washers from spying; placing decorative window film on offices and conference rooms or installing “cloaking” film on monitors.

As physical security in today’s world of domestic terrorism becomes a priority, so is protecting businesses and the government from electronic terrorism and spying. Many houses of worship, schools, government buildings, and corporations are building into their budgets significant funds for a multi-layered security program that includes armed guards and surveillance cameras. Security film that slows intruders and prevents shards of glass from injuring employees, students, and worshippers have also become important.

With recent enhancements, window films should also be part of plans to shut down these cyber efforts.

We are reminded daily of the physical vulnerability of public spaces. We’re also finding that the sophistication of corporate and political espionage is reaching new levels. There is competition for information among governments and companies manufacturing new products. This information is regarded as currency and as a commodity to steal.

All is not bleak thanks to radio frequency (RF) films that insulate buildings by preventing the emission of signals generated by wireless routers and cell phones. These films can also prevent infra-red (IR) intrusion that penetrates glass and picks up conversations. Such apparatus as remote and robotic controls and cordless microphones, headsets, and printers emit IR signals, providing electronic spies with another entry point.

The common denominator among these clients – whether they be government buildings or corporate offices – is that they require the protection of films which have become extremely versatile, offering RF, IR, solar, security, blast mitigation, and tinting protection.

Fortunately, high-tech measures have kept pace to protect the conversations, information, and data that is being stored, communicated, and created.

Windows in large building atriums, specific floors, and individual offices can benefit from one film that provides these advantages. The films can prevent damage from the sun, control HVAC/heating bills, protect individuals from injuries, and keep information available only to specific people.

RF and IR films have several advantages. In addition to preventing espionage from the outside, they also insulate the buildings and prevent radio frequency signals from leaving the buildings or offices. This makes the Wi-Fi perform much more efficiently since signals are contained. “Leakage” is apparent when you walk down the street and see the list of Wi-Fi channels that are listed on cell phones and accessible with a password. Even though these channels aren’t open to the public, the signals are significantly weakened as they leak through unprotected windows and are prone to hacks.

In analyzing the needs of a building, it is important to assemble a team of security consultants who can identify areas that are most at risk. For example, a kitchen or mechanical room may be less vulnerable than a conference room or executive offices.

Once the areas of most risk are identified, the appropriate film will be installed. As the process evolves, additional needs are frequently raised. For example, these films can also incorporate thermal imaging capabilities. This would prevent lasers from locating people standing at a window who may be targeted for assassinations.

Another popular film allows tenants to adjust interior windows from opaque to clear with the flip of a switch. These films transform offices and conference rooms from being completely visible to private.

Keep in mind that these films require professional installers who understand the properties of the products and understand that small flaws can compromise performance.

We’re in an age when our physical and electronic protection is at a premium. Films have become an important component of a cybersecurity plan, partnering with firewalls, anti-virus programs, and back-up systems. They also combine with other security measures that protect employees and delay the advance of terrorists, giving first responders time to arrive at the scene.