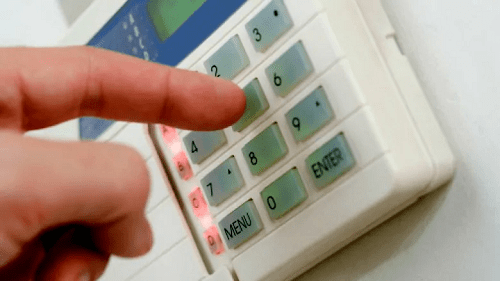 Hamilton police are the latest service to implement a “verification response” format for false alarms. They say this will allow them to dispatch officers to other emergencies. (Getty Images)

Hamilton cops to require proof of threat before sending officers to burglary alarms. Hamilton police will only respond to alarm calls if security companies can verify the danger.

Hamilton police will only respond to burglary alarms, starting on Sept. 1, if the security companies can prove they’re real.

Police are moving to this “verified response” format to combat the high percentage of false calls.

Police normally treat false alarms as crimes in progress and head out to the scene. But now, alarm companies will have to meet one of four conditions to verify “that a criminal offence has/is occurring or there is imminent threat to personal safety” before officers respond. Companies can verify danger through:

Police say making this change will allow them to deploy officers to other emergencies. They also say the rule doesn’t apply to “situations such as duress, panic or hold-up style alarms.”

Customers, not companies will have to change

The Canadian Security Association represents security companies across Canada, with 11 members in Hamilton. Executive director, Patrick Straw, said they’ve been anticipating this change as it’s been rolled out across police forces.

“Everybody knew it was coming for quite a long time,” he said. “Most of the companies are doing things to minimize the amount of false alarms… the technology now is advancing really fast.”

He explained that the majority of security companies use wholesale monitoring stations, while bigger companies might have their own. Either way, there is a high amount of computer automation to aid the people behind the scenes.

He said the automation helps identify events that are out of the ordinary, like a multiple-alarm trip, and alert the worker.

Straw said that since the majority of false calls are user error, like opening a sliding door early in the morning without turning the alarm off, it makes these two-sensor trips stand out.

But while companies are approaching business as usual, ​​​​​​customers might have to change what they buy to keep their home safe. Anthony Stayrer, from A.S. Security and Surveillance, pointed out that basic alarm systems might not come with the features needed to fulfil the police’s requirements for dispatch, like video surveillance and multiple motion detectors. Stayrer says people might have to spend a little more, but for good reason.

“The resources that are being used [in these] false alarms… well, that can be used to go save someone’s life,” he said. “The cons are smaller than the pros.”

Hamilton is the latest Ontario police service to make this change. Almost a year ago, Toronto police also flipped over to requiring verification before dispatching officers. Final numbers will be determined after the year is up, but Sgt. Wendy Drummond confirmed that things are looking better.

“We definitely have had fewer false alarm calls,” she said. “As well as a reduction in the number of alarm calls that we’ve been attesting as a result.”

In 2016, Toronto police say more than 97 per cent of the alarm calls received were false.