Does Your Contract Protect You from ‘Gross Negligence’? 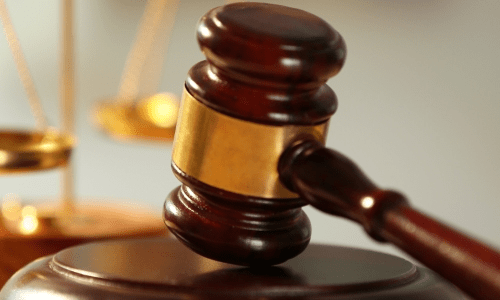 1.27.20 – CEPro – Even with an ironclad contract, integrators can be sued for “gross negligence” on a project. So should you even include that term in your contract?

At some point, every custom integrator will run into a litigious client. Fortunately, your written contract protects you against basic errors and omissions on the job. But it can get dicey when the client claims the work you performed was “grossly negligent.” Even with a specific clause in your contract stating you are not liable for gross negligence, it is not legally enforceable and might result in the entire contract being deemed invalid by a judge. So what should you do and what is gross negligence anyway?
Legal expert Ken Kirschenbaum of Kirschenbaum & Kirschenbaum and a columnist for CE Pro’s sister publication Security Sales & Integration, says the definition of gross negligence is somewhat murky. He notes that every client contract should include a clause that excludes the integrator from liability for negligence on the part of the company or its subcontractors.

“The provision is often worded to include breach of contract, failure to perform or negligent performance. Years ago, we added ‘negligence to any degree’ in the hopes that the courts would enforce the provision despite allegations of gross negligence,” he says.

Unfortunately, gross negligence is defined differently by the courts in different states.

The difference between simple “negligent” behavior and “gross negligent” conduct is big because almost all courts will not enforce the limitation of liability/exculpatory clause in a case of “gross negligence.”

The 2020 Top New Technology (TNT) Awards recognize new and outstanding products and services in the commercial and residential A/V industry. If your products are the best of the best, we highly encourage you to apply. Deadline has been extended to January 31, 2020. Enter here.

But should your contract actually include an exculpatory clause protecting you from liability from “gross negligence”? It is an open question.

If your contract says that you are not liable in cases of gross negligence, it effectively renders the contract unenforceable and some judges will throw out the entire contract as invalid. Yikes, that paints you really into an unprotected corner.

However, other judges might OK a contract with a protective clause against liability from gross negligence, thus giving you an additional layer of security against lawsuits.

Kirschenbaum notes that in most cases where gross negligence by the integrator was deemed to have taken place, the lawyers will settle out of court to avoid massive judgments.

He tells integrators that if they are deemed to be grossly negligent in the court’s initial summary judgment, it is not necessarily a death blow. Indeed, sometimes so much of the plaintiff lawyer’s energy is spent on winning the “battle” to have an action declared as gross negligence that winning the “war” for an overall judgment is much harder.

“The settlement range often depends on the findings in the judge’s decision denying summary judgment,” he notes.

Kirschenbaum adds that often courts will scrutinize the exculpatory clause in an integrator’s contract closely looking for reasons not to enforce it. Also, he says astute clients will also ask dealers to strike the term “gross negligence” from their limitation of liability.

Is that a red flag to avoid that client? Not necessarily, says Kirschenbaum, noting that “it’s the law anyway” for gross negligence not to protected in a contract, so he says dealers should approve the striking of that clause if a client asks.