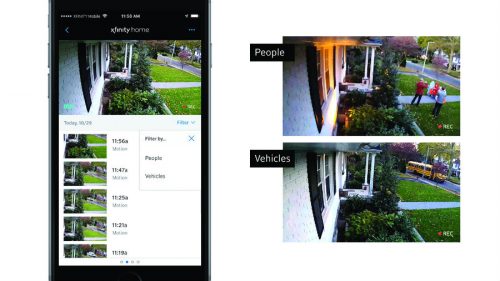 Philadelphia-based Comcast announced a new set of security camera features designed to help consumers better spot package-theft “Grinches” this holiday season, including the ability to filter motion activity by people or by vehicles. Using artificial intelligence and 24/7 video recording, the company’s Xfinity indoor + outdoor camera now can automatically zoom in on the license plate of a car or the face of someone at the front door, footage that can be easily saved and shared with law enforcement.

Last year, UPS said it would deliver more than 750 million packages between Thanksgiving and New Year’s Eve. According to a new nationwide survey commissioned by Comcast and conducted by Wakefield Research, nearly one in four people report being a victim of package theft. (The survey was conducted by Wakefield Research among 1,000 U.S. adults, ages 18 and older, who live in a house or townhome, between October 26 and November 2, 2018.)

“More packages will arrive on people’s doorsteps over the next few weeks than any other time of year and theft has become an increasing concern among homeowners,” said Evy Poumpouras, national security and law enforcement expert. “There are simple and easy steps consumers can take to protect themselves, from signing up for real-time package tracking alerts to installing a home security camera to keep an eye on deliveries when they’re not home.”

“On any given day, our Xfinity cameras can capture many motion-triggered video recordings,” said Eric Schaefer, general manager and senior vice president of Xfinity Services. “Our engineers used AI to create filters for people or vehicles so they can more easily and quickly find the moment that matters most to them. Soon, we’ll add another filter for pets, too.” 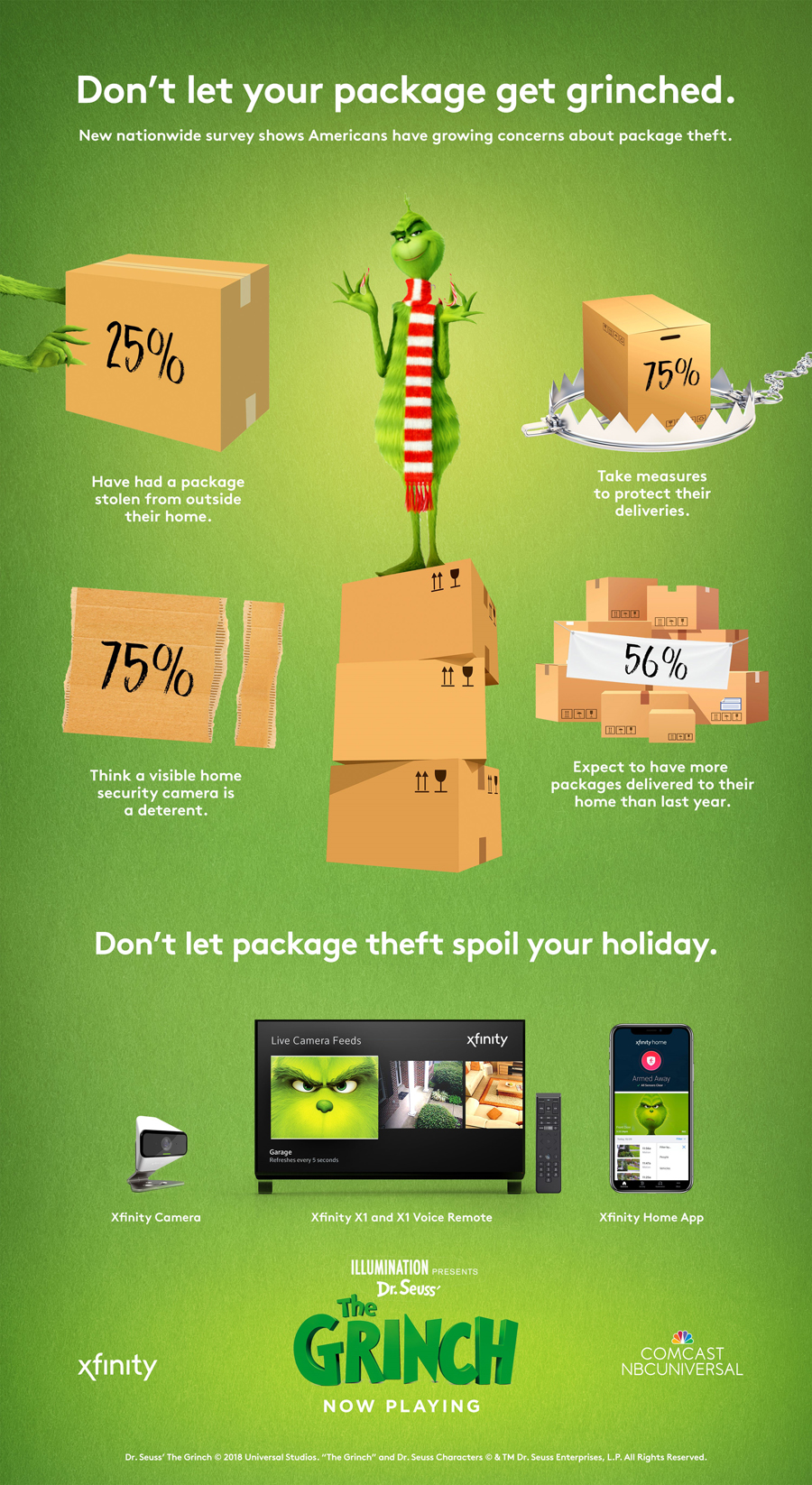