Why You Should Align With a Well-Known Brand 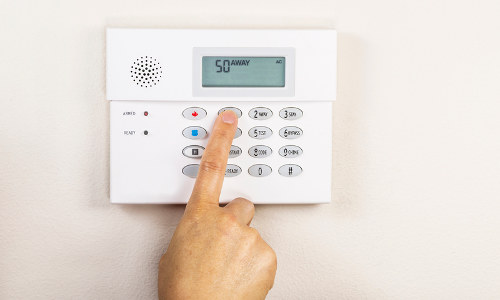 VanDevanter believes the days of monitoring RMR is over for the alarm companies.

Fifty years ago, next month, I invested some college money in a small alarm company. A couple of ADT central station operators started their own company because they thought that ADT charged too much and the people who really needed protection could not afford it.

The ideology of youth! I started working part time in the company as I attended college and by the time I graduated I was fully involved.

Several years after I started we were doing some subcontracting and service work for a new Seattle alarm company called Loomis Electronic Protection. It had been a startup from Loomis Armored Car Service, the largest Armored Car service in the Northwest.

Loomis had a lot of money and hired a few top executives and personnel from the ranks of ADT. After spending upwards of $1,000,000, they had an RMR of $2,900, primary consisting of 36 month leases with gas stations.

Loomis came to the realization that it was not a good investment for them and decided to get out of the business. They made a deal with us to service their existing accounts and we took over their quarter page yellow page ad.

We soon discovered that the Loomis name sold security, even though they were an abject failure as an alarm company. We rode that horse for five years until Loomis asked us to take the ad down (Oh, were we still using that?). What I learned was that there is some advertising that you can’t generate internally.

In the mid 1980’s AT&T put their name on a wireless security product and started a dealer network. Remembering my success with Loomis, I signed up as a dealer. The wireless product was one of the worst products I ever installed.

I put in 20 systems and had to replace 10 that never worked properly. Like Loomis, the AT&T name was golden.

Although the product never worked well for anyone, the public blamed that on the alarm company, not AT&T. I quit installing the AT&T product and started installing Ademco Vista systems and called them my AT&T hardwired option.

This lasted about five years until AT&T realized the poor product wasn’t helping it’s reputation. Within a year they asked me to quit marketing under their name.

Shortly after the AT&T brand went away I heard that Ademco was forming the First Alert Dealer Program. I called and asked to join.

Ademco said it would be several years before they intended to expand their dealer network out west, but I was insistent, and they allowed me to become the third dealer in the network. Finally, a name that was associated with a product that was rock solid.

The First Alert name was great in the Puget Sound region because the CBS network affiliate KIRO sponsored First Alert Weather. (no relation or affiliation with Ademco, but effective for advertising just the same). I marketed under the First Alert banner until the time I sold our company to Protection One in 1996 for an eight-figure sum.

I am certain to this day that the advertising affiliations we marketed with over the 28 years I built my company, greatly increased its value. There is no doubt that how competent or friendly I was to customers paled in comparison to those name affiliations in the growth of the company.

What are the big names today, and how do they stack up?  ADT, Comcast, Amazon, Google and Apple.

ADT has been the big player in security for many years, and although those in the security field know the name, it pales in comparison to the names of the others.

Despite having no security background and struggling with the complexity of their offering, they have got most of those problems behind them and are growing nicely with their bundling of services strategy.

The other three, Apple, Google and Amazon have purchased security-based companies and are beginning to make headway into the security market as well.

Is there room for everyone? I suspect ADT will be the first big loser as they lose market share and get crushed by attrition and debt. The rest have deep pockets and it should be interesting.

I believe the days of monitoring RMR is over for the alarm companies. A technician could make a good living as a subcontractor or dealer for the big companies by selling service contracts and using the name affiliation of the giants.

(P.S. back at the beginning of my career I thought ADT was charging too much for their services. That belief, as many beliefs of youth, faded as I got older.) 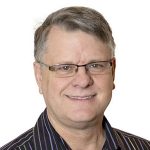 Russ VanDevanter has been active in the alarm industry in the Pacific NorthWest since 1968. He installed, serviced and designed alarm equipment as well owning and running a monitoring station for 19 years. He has owned several traditional alarm companies and currently is a partner in BlockwatchAlarm, an automated central monitoring station, that partners with a prominent national central station in a hybrid self/professional monitoring venture. Learn more at AlarmProfessor.com.