Who wants to be a police officer? Job applications plummet at most … 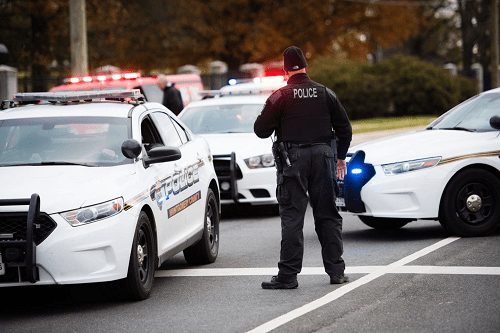 Chuck Wexler talks to police chiefs frequently, as head of the Police Executive Research Forum think tank in Washington. Recently, he asked a roomful of chiefs to raise their hands if they wanted their children to follow them into a law enforcement career. Not one hand went up, he said.

Nationwide, interest in becoming a police officer is down significantly. In Nashville, job applications dropped from 4,700 in 2010 to 1,900 last year. In Seattle, applications have declined by nearly 50 percent in a department where the starting salary is $79,000. Even the FBI had a sharp drop, from 21,000 applications per year to 13,000 last year, before a new marketing campaign brought an upswing.

And retaining officers once they’ve joined is getting harder, too. In a PERF survey of nearly 400 police departments, 29 percent of those who left their police job voluntarily had been on the force less than a year, and an additional 40 percent had been on the job less than five years. At a PERF gathering in Washington on Tuesday of police chiefs and commanders from across the country, many attributed their declining numbers to a diminished perception of police in the years after the shooting and unrest in Ferguson, Mo., in 2014 and an increase in public and media scrutiny of police made possible by technology and social media.

“There’s an increased potential for officers to be criminally liable for making a good-faith mistake,” said Terry Sult, the police chief in Hampton, Va. “We’re seeing a lot more media coverage of officers being prosecuted, and that weighs heavily on a lot of officers’ hearts. … That’s a stressor on whether I want to stay in this position or not.”

Russ Hamill, an assistant chief of police in Montgomery County, Md., said he would prefer that his kids enter another profession — “even lawyers,” he said to big laughs. “It just has changed so dramatically,” Hamill said. “I see the treatment of our street officers out there. I think it’s time for somebody else to take the torch for a little bit.”Chuck Wexler, executive director of the Police Executive Research Forum, met with police chiefs in Washington on Tuesday to discuss the declining interest in policing as a career. (Police Executive Research Forum)

It wasn’t all doom and gloom in the gathering of 250 law enforcement executives at the Marriott Wardman Park Hotel. The police commanders traded ideas on how to recruit, and retain, quality police officers, including lowering the requirement of a college degree, relaxing rules on prior drug use and easing tattoo policies. Making departments more welcoming to minorities and women, in part by providing them with mentors and physical training, has enabled Tempe, Ariz., to maintain its recruitment numbers, Chief Sylvia Moir said.

The videos of police misconduct and fatal shootings have damaged the perception of American police officers but not irrevocably, said Antoinette Archer, director of human relations for the police department in Richmond Many people are “taken aback by the brutality, not by the profession,” she said. “If we can be inclusive” of women and people of color, “those individuals who can see a part of their fabric in the department will come forward. … If the environment is not inclusive, you’re going to lose them.”

When Wexler asked the room if anyone had problems recruiting for diversity, every hand went up.

The trend toward fewer police officers per capita has been steady for 20 years, according to findings from the Bureau of Justice Statistics. Although the U.S. population has risen from 267 million in 1997 to 323 million in 2016, the number of full-time sworn officers per 1,000 U.S. residents has dropped from 2.42 in 1997 to 2.17 officers per 1,000 residents in 2016. The raw number of sworn officers peaked at nearly 725,000 in 2013 and is now down to just more than 701,000. Houston Assistant Chief Lori Bender said Houston should have 2,000 more officers to efficiently handle its population.

Some of that is attributable to increases in police efficiency. Wexler theorized that some decline may be from the gradual retirements of the 100,000 officers hired nationwide as part of an initiative by President Bill Clinton in the 1990s.

But whatever the reason for officers leaving, replacing them has gotten tougher. Nearly 66 percent of the nearly 400 police departments surveyed said their number of applicants had decreased. Hiring in a healthy economy is one problem, police officials said, because private industry can offer better salaries.

Still, pay isn’t the main reason many pass policing by, Seattle Deputy Police Chief Marc Garth Green said. “Number one is validation,” he said. “The validation that they’re putting their life on the line. There’s no respect for that.” He blamed the news media for undermining respect for police authority.

A recent survey of 800 college students majoring in criminal justice found that they didn’t have the misgivings often cited by longtime cops, said Charles Scheer, a criminal justice professor at the University of Southern Mississippi. “They’re not afraid of increased scrutiny. This generation expects social media and scrutiny. They’re not afraid of the perception of police.” He said African American students were often deterred by family members who were “not too hot on the idea” of a relative becoming a cop and a misunderstanding of how often officer-involved shootings occur. Scheer suggested a college football-style recruiting approach where an applicant’s whole family is wooed.

Wexler had a number of new officers present to offer their views. Clario Sampson, a young officer in Newark, said he gladly donned a body camera every day to defend his policing. “For the older officers, it’s an adjustment,” Sampson said. “I do believe that because of the cameras and how the media looks at it, we have to do more training.”