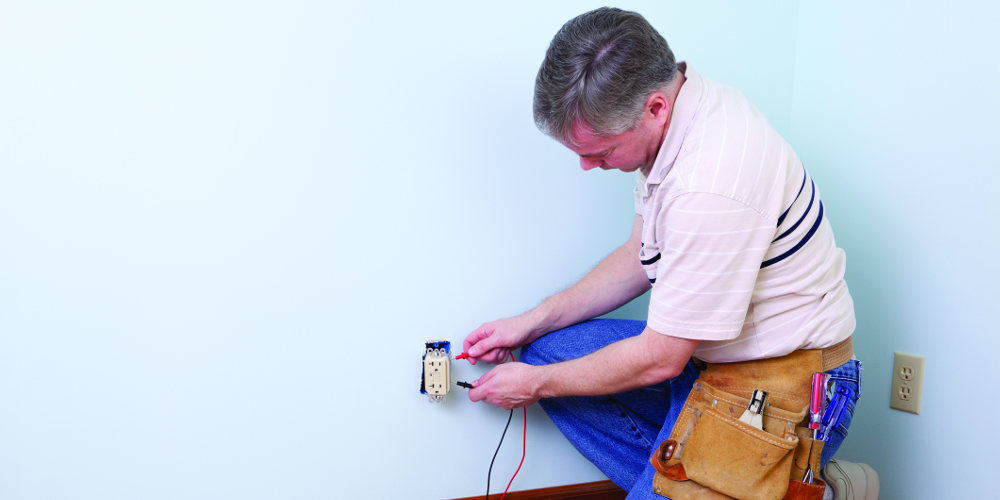 Over the years, AFCI and GFCI devices have been developed to further the NEC’s mission of preventing fires and electrocution, but how much do you really know about them?

In September, I covered some of the requirements that are found within NFPA 70, National Electrical Code (NEC) as it relates to fire alarm installations.

Two of the primary reasons for the NEC are the prevention of fires through arcing and the prevention of electrocution. Over the years, AFCI and GFCI devices have been developed to further those causes, but how much do you really know about them? It’s good to understand the basics.

A GFCI is installed so as to detect an imbalance between the load or hot conductor and the neutral conductor. When the circuit is normal, the currents between these two conductors should be the same.

If there is a difference in currents, this may indicate the presence of a short circuit. This may be an indication that current is passing through a body. A GFCI will trip within 25 to 40 milliseconds if there is a change of the current between 5 and 30 milliamps (mA).

Upon the trip, the current will be cut off, preventing the possibility of electrocution. The quick trip time is to thwart even a small current from causing a person’s heart to go into ventricular fibrillation, which can lead to death. A current of even 30 mA can be fatal. It is not the voltage that kills, but the current.

An AFCI, on the other hand, is designed to detect an electric arc, or discharge, and shut down the circuit when an arc is sensed. An AFCI recently prevented a fire at my home when a bedside lamp started to arc.

Before I had time to get to the plug, the circuit powering the lamp was de-energized. So I can tell you the AFCI worked, and that’s why I’m covering that here instead of, say, the value of an NFPA 13-D sprinkler system.

The branch circuit supplying the fire alarm equipment(s) shall supply no other loads. The location of the branch-circuit overcurrent protective device shall be permanently identified at the fire alarm control unit. The circuit disconnecting means shall have red identification, shall be accessible only to qualified personnel, and shall be identified as “FIRE ALARM CIRCUIT.” The red identification shall not damage the overcurrent protective devices or obscure the manufacturer’s markings. This branch circuit shall not be supplied through ground fault circuit interrupters or arc fault circuit interrupters.

The last sentence of that paragraph offers the aforementioned restriction that GFCI and AFCI devices shall not be used on the branch circuit that is providing power to fire alarm equipment. This also goes for those circuits that provide power to smoke alarms.

So why is this? These circuits are dedicated to their use, so that no other devices or equipment is to be powered from them. The general conclusion is that there may be a momentary event that would cause a false trip, thus powering down the fire alarm system or the smoke alarms.

While there should be an indication on a fire alarm system that there is no longer 120VAC, this may not be the case for a smoke alarm. For a residential dwelling unit, the occupier of the space may not be aware that their smoke alarms are no longer powered, especially if they happen to miss hearing the low battery chirp.

This is debated during every cycle of the NEC’s Code Making Panel 3 since I have been a member. In the end, while GFCI and AFCI are extremely important, the restrictions to them remain for fire alarm equipment circuits.

In November we’ll take a break from the NEC and focus on the latest alarm industry technology and products. I’m heading to Essen, Germany, and will report my findings from the big Essen 2018 Expo.