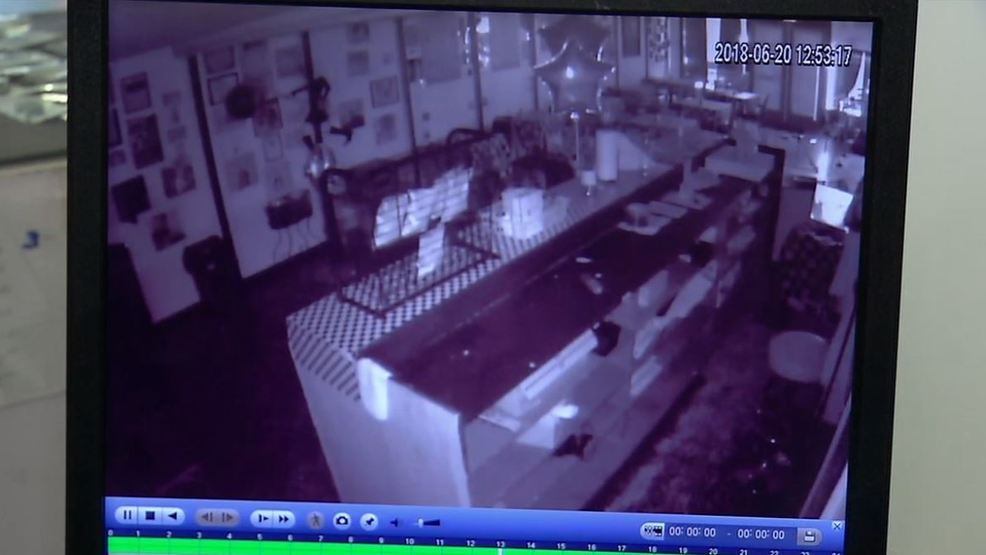 The owners of an East Side cafe closed up shop to “protect the customer” after they reportedly caught a ghostly encounter on surveillance video.

Since November, ‘On Live Hall of Fame Cafe’ has been feeding the East Side community with the sounds and sights of historic musicians.

But on Thursday, the music stopped.

“We are closed today to make sure everyone is safe,” owner April Ward said. Her concerns stem from security video which appears to show a makeshift barricade falling over.

Ward said she found the collapsed barricade. It isn’t the first times she’s found it knocked over and she initially thought someone was prowling around the cafe. Then she and her husband watched the security video.

“The alarm didn’t go off,” Ward said. “So, let’s see if someone came through the ceiling or something.”

Instead they saw what they claim is a figure.

“That’s when we see the image,” Ward said. “Cause my husband has left and I was at the door and he said ‘he was in the building’ and that was like a horror movie!”

Ward says the business will be closed until she and her husband know what they’re dealing with inside the cafe.