These Texas drivers were handed the most outrageous speeding tickets, data show 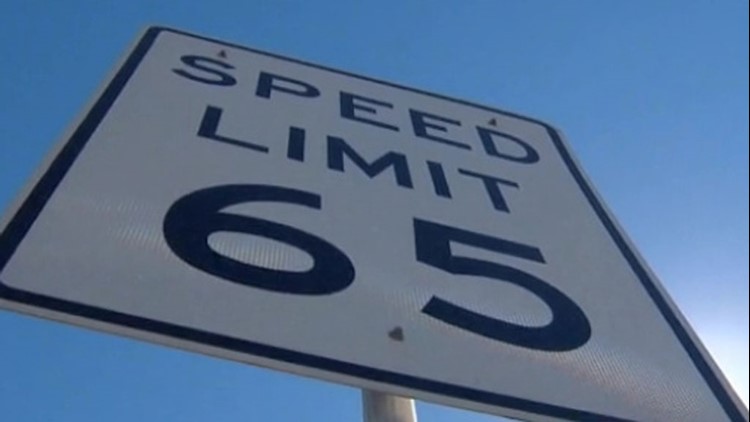 Texans have a need for speed — on the highway, at least. Tens of thousands of Texans were caught driving faster than the speed limit in 2016, as they are every year. But more than 1,200 of them were stopped for driving 110 mph or faster, according to a Star-Telegram review of 3.8 million traffic citations and warnings from the most recent data from the Texas Department of Public Safety.

Who was the fastest driver?

That distinction goes to a man ticketed at 3:41 a.m. June 19 that year for driving 176 mph in a 65-mph zone of Interstate 45 in Galveston County. That speedster — who was driving a 2016 Kawasaki Ninja ZX-10R — received a ticket for evading arrest. “Speeding has been around forever, and it’s still a threat on our roads,” said Russ Martin, director of Government Relations for the Governors Highway Safety Association. “Speeding is dangerous.” The fastest Tarrant County driver ticketed for speeding in 2016 was a motorcyclist caught at 5:53 a.m. Aug. 27 driving 145 mph on a 70-mph stretch of Interstate 20. That driver received three tickets: speeding, failing to signal lane changes and having expired license plates or registration. These speeding tickets were issued by Texas Department of Safety troopers who generally don’t work on traffic enforcement in cities such as Fort Worth, Dallas or Houston that have police forces doing the same thing. They focus, for the most part, on rural and unincorporated areas. Not all of the tickets listed a speed. Martin noted that speeding is a key factor in about one-third of traffic fatalities across the country. In 2016, there were 34,439 fatal crashes across the United States. And 18 percent of the drivers involved were speeding at the time of the accident. In Texas, 3,776 traffic fatalities in 2016 were linked to speeding, GHSA records show. “Texas has some of the most deadly roads in our nation,” according to CarInsuranceComparison.com.

In a state with more than 310,000 miles of public roads — where drivers embrace speed limits as high as 85 mph — some have a hard time sticking to the limits. The top 10 Texas counties where the most tickets were issued to motorists driving 110 mph or faster: Williamson, Crockett, Harris, Pecos, San Patricio, Collin, Sutton, Montgomery, Bell and Culberson.

More than 1,200 motorists were cited for speeding over 109 mph by the Texas Highway Patrol in 2016, according to data from the Texas Department of Public Safety. Markers show where the violations occurred (red markers indicate speeding over 149 mph), according to the GPS coordinates on the tickets. Officers included that information in about three-fourths of their citations. Click on markers for more details. In Tarrant County, more than a dozen tickets were issued to motorists driving 110 mph or faster, some of whom were driving 70 or 80 mph over the speed limit.

A number of speeding tickets were issued to motorists driving faster than 109 mph in nearby counties as well: four in Johnson, six in Parker, seven in Wise, eight in Denton and 12 in Dallas.

Many Texans are realizing that it’s not cheap to drive so fast. First there’s the actual ticket. Speeders end up paying the base fine for a speeding ticket as well as court costs. “Obviously we have very good DPS officers out there enforcing the law,” De Leon said. “With the tollway, it’s an open space and people have a natural tendency to speed.”Many of the cases Tarrant County Justice of the Peace Sergio De Leon sees in his courtroom — around 100 a month — are from drivers who were caught speeding on the Chisholm Trail Parkway.

Then there’s the higher insurance rates that, for the most part, go hand-in-hand with speeding tickets. “Texan drivers may be bold, but getting clocked speeding can have major impacts on their car insurance rates,” said Alyssa Connolly, director of market insights at The Zebra, an insurance website that lets motorists compare car insurance rates online. On average, if you’re caught speeding 6 to 20 mph over the speed limit, your annual average car insurance premium will increase 21 percent, she said. “No surprise: The faster you’re speeding, the higher those rates go.”

Most of the speeding tickets were given to motorcyclists. The five passenger cars driving the fastest that received tickets: 2007 Audi, 2016 Lexus RC, 2008 Chevrolet CVT, 2012 Chrysler 300 and 2016 Cadillac ATS Coupe.

The fact that motorcyclists received several of the top 10 speeding tickets in 2016 is a big safety concern, GHSA’s Martin said. “Any kind of traffic safety risk you have is compounded on a motorcycle,” he said. “A person in a car is surrounded by doors, has a seat belt and air bags. “And a motorcycle can be more difficult to control. At high speeds, it compounds the severity of a crash.” Martin offers all Texas drivers — particularly the fastest of the fast — a little advice. “Slow down,” he said. “Be mindful of speed limits and road conditions and traffic. Speed limits generally are set based on what is safe. It’s not just the legal thing to do but the safest thing to do. “Police and law enforcers are out there as enforcers. If you’re speeding, chances are that you’ll get a ticket sooner or later.”