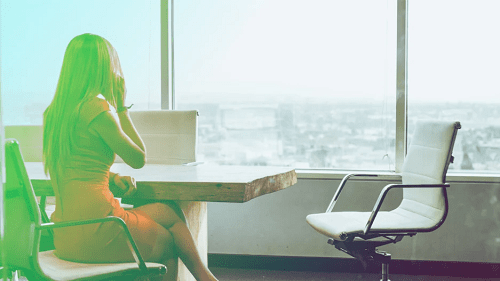 Who says you can’t be productive without working 12-hour days?

The sleeping habits of CEOs and founders are revealing in many ways, but the biggest takeaway is this: Most of them work a lot. That’s little surprise when you consider the fact that, according to the Bureau of Labor Statistics, even the average full-time worker spends about 8.5 hours at work on a weekday (and 5.4 hours when they work on the weekend). But there are the rare exceptions—the CEOs who believe in limiting the time they and their employees spend working each day.

Some CEOs simply work shorter days, while others try to mandate a four-day workweek. In Sweden, for example, some tech startups have effectively instituted a six-hour workday, and a company in New Zealand that experimented with a four-day workweek found it boosted productivity. Stephan Aarstol tried the former at his company, lifestyle brand Tower. After a year of testing out a five-hour workday, he opted to make it a company-wide policy. “Being a beach lifestyle company, where our whole brand is wrapped up in the notion of a healthy work-life balance, the idea that we should be working differently, too, if we truly wanted to live differently, wasn’t as much of a leap,” he wrote on Fast Company.

He’s not the only leader advocating for a work life that is less of a grind. We asked three CEOs how they structure their weeks to work less—but work smarter.

Fried is an advocate of the 40-hour workweek, working no more than eight hours a day. But those aren’t always consecutive hours. “I’ll often take extended breaks through the day and make up time later on,” he says.

In that time, he usually manages to get just about everything done that “needs to be done,” he says. But Fried is realistic about the fact that he’ll probably never get done everything that he wants to do. “That’s not a function of hours,” he says. “No matter how many hours you work, there’s always stuff you’ll never be able to get to. Working eight hours gives me plenty of time to get to all the work that I need to do, and still plenty that I want to do. That feels like the right balance.”

Fried also encourages his employees to work no more than he does. “That’s more than enough time to get great work done,” he says. “If you don’t think eight hours is enough time, hop a flight from Chicago to Amsterdam. That’s about eight hours. I promise you it’ll feel like a long time.”

The 40-hour workweek offers a “useful constraint,” Fried believes, a constraint that he thinks other CEOs should adopt as well. “It forces you to focus on what really matters, trim the stuff that doesn’t, and make every hour count,” he says. “Time should feel a bit scarce. We value scarce things, we respect scarce things. And if there’s anything worth respecting, it’s people’s time.”

Tevelin aims for a four-day workweek across her company. “I can’t always attain this, but it’s always my goal,” she says. It’s hard for her to work less than eight hours a day, but she encourages her team to work no longer than six hours a day, four days a week.

“They work Monday-Thursday from 8:30 to 2:30,” she says. “It’s the most incredible engine I’ve ever seen. They come in and know how to do their jobs. While we could do more if we worked more hours, I know that usually there is a lot of dead time in an eight-hour day.” And who said a typical workday had to be eight hours long? “I’d rather have people come in, work their hardest, feel present, and enjoy their lives after work rather than be a slave to the workplace,” she says. “My team leaves when the sun is still out, which contributes greatly to their quality of life and their work ethic.”

Since Tevelin also hosts a podcast, she sometimes struggles to juggle her workload while recording. “It is harder on the weeks that I’m recording podcasts due to my commute time, but I never plan my podcast recordings around big deadlines, as that requires my full attention,” she says. Tevelin believes she struck the right balance—one that actually catalyzes her creativity as a founder. “I’ve crafted my business so that I work less and can enjoy life more, leaving room for more inspiration to enhance my business,” she says. “Time off is where I came up with the idea to start a podcast and our dinner collective, the Parliament Project. Having extra time to think about your business is good for a CEO in the end. What is the point of running a business if it’s running you?”

Though de Ayala works no more than 39 hours, she likes to get a jump start on the week. “My work [week] actually starts Sunday night, as it’s calm and I am able to focus on the tasks of the week and kick off the week with calm clarity,” she says.

Limiting her working hours empowers her to focus on the most important of tasks. “I feel I get all the top-tier work done, which are those with the highest priority,” she says. “Those items that are not deadline-driven or based on dates to respond, I can push away to the following week. I work with tiers of importance and time-blocking.”

One of the keys to her productivity is working in blocks without multitasking, which she encourages her employees to do as well. She also tries to set an example by not working on Fridays or weekends. “I don’t generally respond to emails on Friday and the weekend,” she says, “so it discourages others to send [emails] and work on the weekends.”

The turning point for de Ayala, who used to clock up to 60 hours a week, was realizing that working longer hours was causing burnout and impacting the quality of her work. “I was never a believer of working less than 40 hours until my health started to suffer,” she says. “I found that I wasn’t getting more done during the plus-40-hour workweek—I tended to not be as focused and lacked clarity in my work.” Now? She does less but does it better. “If you are happy, balanced, and take brackets of time off from work, you produce better quality results,” she says. “Like all things in life, it’s the quality of the work, not the quantity. This holds true for the 40-hour or less workweek.”