The Security Operations Center of Tomorrow 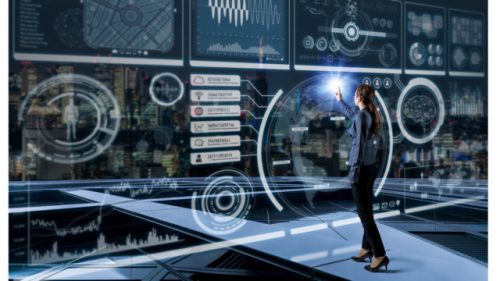 Historically, the goal of the security operations center (SOC) has been to provide organizations and their security teams with a common operating picture to better enable responsiveness to alarms and emergency events. As such, the task of security integrators in building out SOCs has been to tie as many relevant physical security systems – video surveillance, access control, intrusion detection, etc. – into these centers to create as comprehensive a view as possible for control room operators and dispatchers. But in an evolving technology landscape that generates what seems to be an ever-increasing amount of data, at what point do we reach information overload in the SOC?

Whether we like it or not, we now live in a world of “Big Data” – and providing control room operators with the right tools to better sift through this growing data sea is going to be the primary challenge of systems integrators tasked with building out the SOCs of the future.

According to a 2017 forecast by research firm Gartner, the installed base of connected products – commonly referred to as Internet of Things (IoT) devices – stood at more than 6 billion in 2016, with that total to rise to more than 20 billion by 2020. Along with the increase in IoT device deployments also comes a subsequent rise in demand for services, such as those provided by systems integrators; in fact, Gartner estimates total spending on IoT endpoints and services reached nearly $2 trillion in 2017.

In addition, security devices, especially surveillance cameras, comprise a significant portion of the IoT device market. IHS Markit predicts the market for video surveillance will grow at a rate of 10.2 percent in 2018, reaching $18.5 billion globally.

With a greater number of cameras and other data points available than ever, more information is now available at the fingertips of SOC operators, and they will require the proper tools to sort through and efficiently process this data to be able to make sense of it. With systems integrators today playing a bigger role in advising their clients on technology purchasing decisions, it will be incumbent on them to serve as trusted advisors to the end-user community to separate fact from fiction as it relates to Big Data analysis solutions to help them design the future-proof security control rooms of tomorrow.

The Emergence of AI

Security systems integrators are undoubtedly familiar with video analytics and their potential to help end-users better prioritize security incidents by more efficiently detecting and verifying anomalous events and alarms. The problem with the initial wave of video analysis solutions that hit the market more than a decade ago, however, is that they simply did not work as intended and caused more headaches for end-users and integrators than they were worth.

Video analytics are experiencing a renaissance these days thanks to advances in machine learning technologies, which enable algorithms to become better refined over a period of time without any additional effort on the part of the user. Given the amount of network cameras that are going to be leveraged in the future, combined with the data they are going to generate, intelligent video analysis tools are going to be a vital part of control room solutions moving forward and already are in many cases.

Integrators – either traditional physical security integrators or those who specialize in control rooms and focused audio/video (A/V) equipment – must become familiar with the various types of artificial intelligence (AI) and machine-learning solutions on the market as well as learn their strengths and weaknesses to make informed recommendations to their clients.

There has already been a big push to integrate cutting-edge technologies, such as license plate and facial recognition systems, into today’s SOCs – and that will be driven even higher as these solutions are enhanced with the help of AI.

The Promise of Augmented Reality

The concept of augmented reality, which essentially involves the use of live or recorded video streamed simultaneously with other data points overlaid on top of it, is also starting to gain traction in security.

Imagine the numerous scenarios where having video combined with data from other security sensors and even control of other systems merged into a single pane of glass could make for a more comprehensive and effective response. Rather than having to move between multiple workstations or monitors within an SOC, operators will soon be able to put on a pair of glasses or pick up a tablet and have the ability to remotely access and control various security systems with a simple gesture.

As with AI and other emerging technologies that introduce more data into the SOC, augmented reality also poses the threat of presenting too much information to security operators than they can realistically process in an efficient way.

While the use of augmented reality is probably still four or five years away from becoming more widely used in an SOC environment, it is not too early for integrators to start learning about the technology and how it can be used in different applications.

At the end of the day, communication and collaboration technologies are going to remain the backbone of security control rooms for the foreseeable future, but anything that can be used to supplement those efforts, such as AI or augmented reality, need to be thoroughly vetted by the security channel.

Historically, SOCs have been staffed by security guards or in-house dispatchers/operators who are well versed in using the various systems that come under the purview of physical security and/or emergency response; however, the roles of these traditional SOC operators have begun to change in recent years, with many organizations opting to staff their command centers with security analysts who can do more than simply verify alarms and notify a chain-of-command.

In the future, dispatchers and guards will likely be replaced with or trained up to become these types of analysts in addition to other roles in the space. This shift will predicate the construction of larger control rooms or the tying together of smaller, separated spaces into a single federated unit.

In addition to overhauling the roles of staff, there has also been a trend towards leveraging technology to communicate with a wider variety of organizational stakeholders in the event of a security incident. With an ever-increasing number of mobile workers, not everyone that needs to be part of the decision-making process resides in the same building or even on the same campus. Still, there is a need for these stakeholders to share the same content and visualization tools – surveillance cameras, dashboards and software applications – so that they can the leverage the same operating picture as those in the command center.

With today’s technology, it is easier than ever for integrators to bring these distributed users into the SOC fold, and it is something that will likely continue to be needed by organizations for years to come.

Aside from the new influx of data, perhaps the second biggest evolution in SOCs has been the convergence of physical security with IT and cybersecurity. With more and more physical security systems making their way onto the network, convergence has been talked about for years, but this much-ballyhooed trend has finally manifested itself.

Many organizations are even bringing these two sides of the security house together under the same roof within new SOCs or are making accommodations for both inside their existing command centers.

Practically speaking, the mission of cybersecurity and physical security are the same: to protect the enterprise. While they obviously have different responsibilities and areas of expertise, organizations today realize that these two segments of their security program are intertwined and convergence will likely become a business goal moving forward. This starts first and foremost with policy and aligning business objectives, but ultimately convergence is going to drive organizations in both their personnel and budget decisions.

If you thought that having just enough IT skills among your workforce to make do installing cameras and card readers was going to be adequate to meet the needs of customers in the future, think again. Having these two departments together in security command centers is going to be essential to improving overall responsiveness to incidents, and it will require integrators with skill sets in both areas to satisfy the needs of the marketplace.

Dan Gundry is Director of National Control Room Sales for Vistacom Inc. Request more info about the company at www.securityinfowatch.com/12118249.