The Security Industry Has Moved Past Fear-Based Marketing: Do This Instead 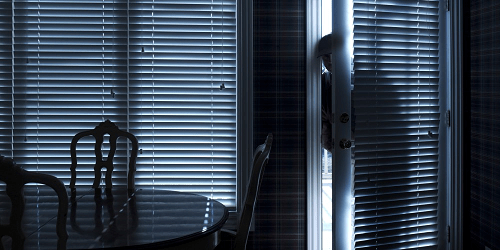 Is your company allocating at least 10% of its operating budget to marketing and utilizing social media? If not, you’re lagging behind your competitors.

Is your company consistently marketing its offerings through social media like Facebook and LinkedIn? Unless you replied with an emphatic YES to all those questions then your company is likely behind today’s security dealer/integrator curve.

That’s because in each case the majority of participants in Security Sales & Integration’s Sales & Marketing Survey provided affirmative responses in those areas.

For many reasons, electronic security industry marketing has changed and evolved through the years — is your business keeping up?

Having established the industry’s only program a quarter century ago that evaluates and honors installing security dealers/integrators for their marketing ingenuity and expertise, SSI is uniquely positioned to provide perspective.

The Sales & Marketing (SAMMYs) Awards has served a critical role in sharing the soundest marketing practices industrywide, and its competitive element has pushed the proverbial envelope as entries demonstrate an ever-rising arc of greater sophistication and savvy.

Check out this year’s lot, here, to pick up some new ideas for your firm, and make a note to throw your company’s hat into that ring for the next cycle beginning in November.

As with most things, knowing some history is helpful to gain the most meaningful comprehension of current times. With a foundation of inventors, engineers and technicians, for a good century or so the electronic security consisted of and primarily attracted those more comfortable with breadboards (used to hold and connect electronic components) than billboards.

This was not a deal-breaker for most commercial customers, but appealing to homeowners and consumers required a modicum of advertising aptitude. That arrived in the 1960s with the advent of mass marketing via firms like Brink’s, Protection One and ADT.

However, the marketing approach that dominated the industry for several years relied on fear tactics that depicted people and their loved ones in jeopardy. Typically, threatening images of being harmed or burglarized were conveyed with the general message: Don’t let this happen to you! Get an alarm system today!

While that captured attention and initially helped sell more systems, it associated a negative emotional connection with the security alarm industry and, combined with escalating false alarms and subsequent nonpriority police response, contributed to a backlash.

That was around the time the SAMMYs program debuted — which in conjunction with the security industry’s maturation and false alarm/dispatch reduction, mergers and acquisitions, and influx of venture capitalists — fostered expansion of the methodologies and messaging for security providers to reach and win over customers.

Thus, positive ads promoting peace of mind came into vogue. That was taken to a whole new level in the next phase when mobile connectivity and smart home features allowed the communication to broaden considerably by positioning convenience and lifestyle enhancement front and center.

The rise of video and other breakthrough technologies re-wrote the narrative on commercial systems marketing as well. Most recently, the entry of Silicon Valley bigwigs like Google, Amazon and Apple into the smart home/security fray has further upped the ante and shifted marketing sensibilities.

Speaking of Amazon, manufacturer of the Alexa voice assistant and (through last year’s acquisition) Ring video doorbells, the online retailing giant is once again thinking outside the box by hiring reporters to produce crime news.

That’s right, Amazon is now competing with both of us — security AND journalism! More importantly, it would appear Amazon, known for being so progressive, is dragging the security industry backwards by reviving fear mongering.

Typically, organizations that take on content creation as a noncore activity fail in that respect. Of course Amazon is atypical, and so it will be interesting to see where this goes.

Fear not; our industry’s security foundation has the longest established presence and the most trusted reputation out there. Leverage that with current, creative marketing techniques to propagate a positive message.

If you don’t already have a marketing pro on staff, hire one or outsource an expert. You should then do just fine . . . assuming you deliver what’s marketed!