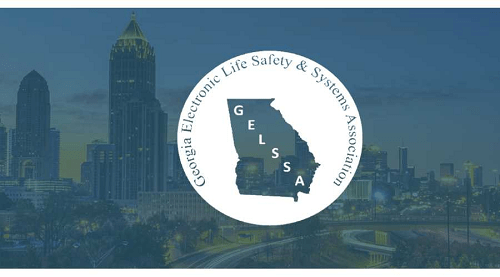 In the district court, GELSSA and the alarm companies argued that this civil fine scheme was not rationally related to a legitimate government interest, and therefore unconstitutional because alarm companies do not have any sort of “master-servant” or “principal-agent” relationship with alarm users and are not in a position to supervise, direct or control the actions of their customers.

In December, the district court dismissed the lawsuit, effectively finding that it was constitutional to hold alarm companies vicariously liable for the acts or omissions of their alarm users.

“We are obviously disappointed in the ruling, especially because there is significant federal precedent that supports our clients’ position, and that is why we’re appealing the decision to the Eleventh Circuit Court of Appeals,” said Brad Carver, a lawyer with the Atlanta firm of Hall Booth Smith who is representing the alarm companies.

“One of our principal arguments is the alarm industry can’t control the behavior of the end users, and the overwhelming majority of false alarms are caused by the end user,” said Carver. “By imposing fines on alarm companies, the city is concerned with revenue generation rather than actually addressing the cause of the problem or the persons actually in a position to control it. Beyond constitutional concerns, this act of government over-reach will make it cost-prohibitive for alarm companies to conduct business in this community and provide security services to the city’s residents.”

Since the ordinance became effective, alarm companies have been subjected to tens of thousands of dollars in civil penalties for the actions of alarm users who have caused “false alarms” as determined by the city and billed by Cry Wolf Services, the city’s third-party alarm administrator.

“We can’t allow this type of ordinance to become the industry norm,” said Scott Hightower, GELSSA president. “Passing customer fines on to alarm companies cannot be an option on the table when discussing alarm management.”