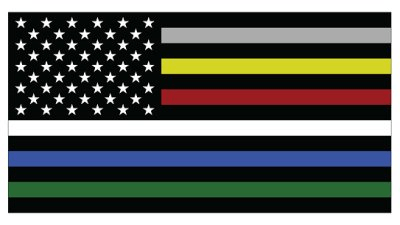 They may not be on the front lines, but emergency dispatchers still grapple with the emotional impacts of dealing with crises.

That’s one reason why Texas will soon classify 911 dispatchers and other public safety telecommunications professionals as first responders, thanks to a new law signed by Gov. Greg Abbott this week.

The change will not only give dispatchers a degree of recognition alongside police, fire and emergency medical services, but will also let them access benefits to help support their mental health, according to Amarillo Fire Department Capt. Jeremy Hill, who manages the Amarillo Emergency Communications Center.

“There’s stuff that you hear, stuff you see and do out on the streets, where you have to get mental help,” he told CNN affiliate KFDA. “That stuff happens inside here also.”

“I can’t think of a more emotional response that I’ve seen than a mother calling and saying her baby is not breathing and having to calm that mother down and give CPR instructions,” said Hill, who is also a vice president of the Texas chapter of the Association of Public-Safety Communications Officials.

Mario Lomana, a telecommunications specialist for Amarillo, told KFDA the change would be “very beneficial” for dealing with the emotional impacts of some of the calls dispatchers receive.

“We take the brunt of the initial call that gets in,” Lomana said. “So being able to reach out to somebody in need for some of the calls that have an emotional toll on us is very beneficial. That will improve morale here for sure.”

The new classification will also include 911 dispatchers in a handful of existing Texas statutes, including one that provides first responders with training to deal with people who have traumatic brain injuries and another that protects them from being liable for civil damages when they help in an emergency.

The law will go into effect September 1.