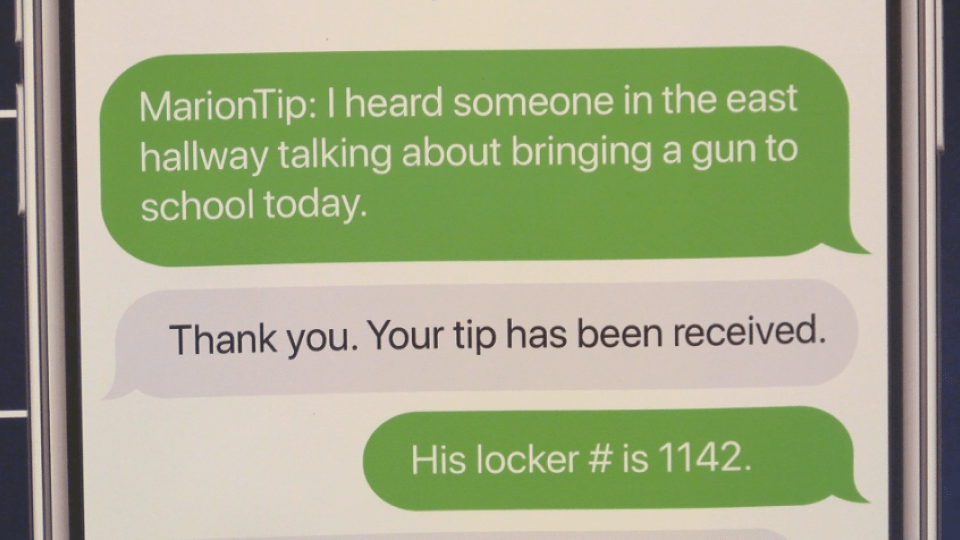 CORPUS CHRISTI, Texas — Across Texas, hundreds of school districts researched and either implemented or upgraded school safety measures as a result of the deadly Santa Fe High School shooting in May 2018.

This year marks the second time the Texas School Safety Center hosted its School Safety Conference with a combined audience of 135 law enforcement agencies and school administrators from 176 districts. Previously, the center hosted separate conferences — one for school-based law enforcement in the summer and one for school administrators in the fall. The center merged the conferences with the approach that everyone should be working together on the topics of school safety and mental health.

“As we look at school safety, we understand that it’s very multidisciplinary in nature,” Texas School Safety Center Director Kathy Martinez-Prather said. “School safety is more than just the most horrific event we could possibly think of, which is an active shooter situation. It involves mental health. It involves everybody coming together.”

A majority of Texas’ school districts are rural, Martinez-Prather said. Smaller schools, most of the time, have a different set of resources than some of the larger, urban districts.

“As we move forward, it’s going to be more important to look at and focus more on those prevention efforts,” Martinez-Prather said. “That’s really where we want to focus a lot of our efforts on because we want to prevent these incidents from happening before they ever occur.”

More and more school districts are turning to technology and smartphone apps for additional layers of protection on their campuses. Various companies and programs were on display at the Texas School Safety Conference.

Michael Matranga, executive director of security and school safety at Texas City ISD, says there are a lot of benefits to new technology and ideas but aging infrastructure poses some challenges.

“We have a variation of buildings that date back to the 1950s and 1960s up until four years ago,” Matranga said. “We’re currently building four new schools.”

Texas City ISD and Santa Fe ISD installed Mutualink, which is an interoperable communications platform that helps schools connect with one another and law enforcement agencies.

Under Mutualink, law enforcement agencies and districts share radio and other information across their entities. It works in combination with the Rave Panic Button smartphone app. The app has six different options a user can select from, including active shooter, medical and fire. The app aims to cut down on response time by facilitating instant communication across teachers, staff, school resource officers, 911 dispatchers and law enforcement.

Matranga said he chose Mutualink and the Rave Panic Button “due to its interoperability capability” and how the instant notification will allow employees within Texas City ISD to know not only if there is a problem, but what the actual problem is and where it’s located. He says he’s seen the effectiveness through training sessions and one false alarm incident.

“One teacher pushed the button and within under a minute-and-a-half, we had seven deputies on scene already,” Matranga said.

His district also uses facial recognition technology and employs 19 deputies through the Galveston County Sheriff’s Office. The deputies work across 14 campuses. The funding for the various apps and programs comes from a $6.5 million bond earmarked specifically for technology.

But, Matranga says student safety should go beyond the latest gadgets.

“If I could’ve taken half of that $6.5 million and invested that into a mental health, robust program, I absolutely would’ve done that because that is where we’re going to win the hearts and minds of our staff, our students and our community,” Matranga said.

Senate Bill 11 and the state’s supplemental budget, which lawmakers passed in the 86th Legislature and Gov. Greg Abbott signed into law, set aside funding for safety infrastructure and extra security.

The money can also be used to buy similar technology.

Matranga’s advice for companies bringing new school safety apps and programs to the market: make the prices reasonable for districts.

“Keep in mind that these are school and taxpayer-funded programs,” he said. “I’ve seen time and time again where companies come in and they have a great product, but it will never sell because it’s priced out of the K-12 market.”

“It’s really about being creative, seeking those collaborative supports outside of that district and partnering with your local mental health authorities to provide those services,” Martinez-Prather said.

During the school safety conference, experts held presentations on Mental Health First Aid training and the behavioral threat assessment tool, which is a guide school employees can use to analyze the level of a threat.

“It’s really hard to measure prevention, but we know that when we engage in training, drills and we practice our plans and we build that muscle memory to have an effective response, we know that we’re going to be better at the end of the day,” she added. “It’s really important that school districts are preparing for the unthinkable, but doing everything they can to prevent the unthinkable.”

Mental Health First Aid is a national program. The eight-hour course teaches participants how to identify and respond to mental illness and substance use disorders. Janet Paleo, director of recovery-based services at the Texas Council for Community Centers, hopes the education can become a part of Texans’ knowledge, similar to CPR.

“If you saw somebody struggling and if they weren’t able to breathe, you’d know what to do,” she said.

According to statistics from the Texas Health and Human Services Commission, since Fiscal Year 2014, the number of school district employees and university employees getting trained in Mental Health First Aid has increased each year.

“The earlier we take care of these problems, the earlier we recognize them, the better the outcomes are,” Paleo said.

“Threat assessment procedures recognize that students engage in a continuum of concerning behaviors, the vast majority of which will be non-threatening and non-violent, but may still require intervention,” the U.S. Secret Service’s executive summary states.

Mesquite ISD, which has around 42,000 students, has hosted at least five trainings on the behavioral threat assessment tool.

“The basic tenets are to identify a threat, whether it’s an expressed threat or if somebody poses a threat — to assess it and most importantly, to manage it,” Executive Director of Administrative Services Shelley Garrett said.

Part of Senate Bill 11 requires schools to build behavioral threat assessment teams, which can be multidisciplinary in nature, Martinez-Prather said.

“It could involve a campus principal, an assistant principal, you definitely want to have law enforcement representation, mental health supports and also a teacher,” she said.