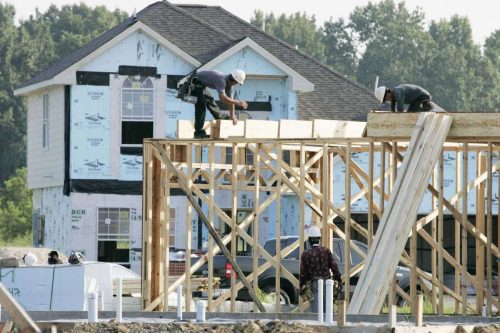 A slight decline in job growth and a cooling off of the Texas housing market may be signs that the state’s robust economic expansion could be starting to slow, according to a report by the Federal Reserve Bank in Dallas.

Although the Texas economy is continuing to expand, the Fed’s Texas Economic Update report finds it is “showing signs of moderating.”

“The Texas economy is continuing to grow at a robust pace, although it’s moderating somewhat from what we saw earlier in the year,” Dallas Fed Assistant Economist Christopher Slijk said. “Job growth in the third quarter was 2.4 percent, which is down from the previous two quarters but still outpacing the national average.”

A tight labor market has emerged as unemployment in Texas hit a historical low of 3.8 percent in September (4.1 percent in Houston). In turn, employers here are having difficulties finding qualified workers to fill many key positions, particularly in skilled labor.

Job gains are still climbing, with Houston, Austin and El Paso all growing at a 3.9 percent annualized rate.

The Texas housing market may be experiencing some supply and demand issues that are causing it to decelerate, the report said.

Home sales across the state’s major metropolitan areas have been flat in recent months, particularly for those costing $250,000 to $749,000, a range that is largely credited for driving growth in the housing sector over the last few years.

The report said that home inventories are at “a very low 3.7 months’ supply, suggesting a very tight housing market, which could be constraining home sales,” Slijk said.

The U.S. Federal Reserve has been raising short-term interest rates this year and is planning to continue to increase them in coming months to help cool down the economy. Mortgage rates have consequently been rising and affecting affordability and purchasing power.