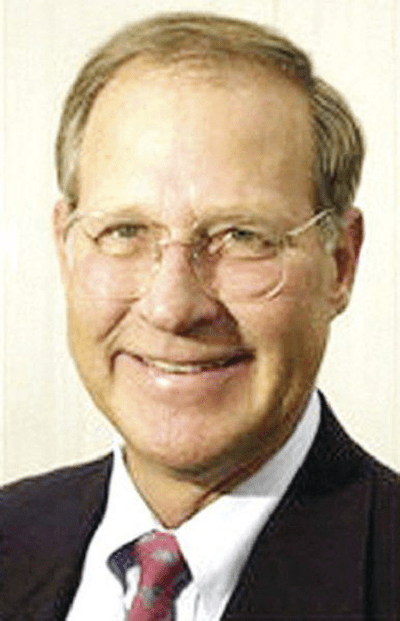 Texas House Speaker Dennis Bonnen has gotten himself in a mess.

After a relatively smooth first legislative session that earned him accolades for a good inaugural effort, he seemed to be on top of things, basking in the praise.

And then, it was if he had stuck his finger in a live light socket. On purpose.

Bonnen’s alleged effort to cut a deal with conservative activist Michael Quinn Sullivan has touched off a House committee investigation that began Monday, ((Aug. 12)) plus a lawsuit filed by Democrats.

Here, roughly, is the deal:

Sullivan runs the ultra-conservative lobby group Empower Texans, that has been a constant thorn in the side for legislators not deemed conservative enough — including Bonnen’s predecessor as speaker, moderate Republican Joe Straus of San Antonio.

Sullivan reportedly sent Bonnen a letter on June 19, turning down the alleged deal.

Bonnen sent a letter June 27 to Sullivan, saying Sullivan had a “misimpression of our meeting,” and the trade of media credentials for Sullivan’s targeting members hadn’t been offered.

On July 25, Sullivan claimed on his website that Bonnen in the June 12 meeting had offered to provide media credentials for the next legislative session for writers at Sullivan’s website, Texas Scorecard, if Sullivan would help defeat 10 specific House Republicans.

This mention of a “hit list” rang an alarm bell, because Bonnen, at the end of the legislative session a few days before the June 12 meeting, had said he would back every Republican House member seeking re-election, and would frown on any House member who campaigned against another.

Then, Sullivan announced that he had secretly recorded the June 12 meeting. He said he’d let some Republicans, including some of the House members, listen to it. Most of those who have listened to it largely confirm Sullivan’s account of the meeting.

Democratic House Caucus leader Chris Turner has called for Sullivan to release the full recording. So has Bonnen.

Though Sullivan at one point threatened to release the tape if Bonnen didn’t confirm the meeting, he later said he didn’t want to release because it would be too damaging to the Republican Party.

And now the House General Investigating Committee, and the Democrats in their lawsuit, are asking that the full recording, plus any written communications, be provided.

The committee’s vice chair, Democrat Nicole Collier of Fort Worth, had requested that the chairman, Republican Morgan Meyer of Dallas, call a meeting.

In her letter, she said the committee should investigate “allegations relating to media credentials, as well as the circumstances and events surrounding a June 12, 2019 meeting, including any and all correspondence, statements and/or recordings related thereto.”

“The committee must investigate whether or not there has been a violation of any policy or rules that the committee is charged with overseeing,” Collier wrote.

Bonnen in an email has apologized to House members for agreeing to the meeting in the first place.

“I was stupid to take a meeting with an individual who has worked hard to divide our House,” Bonnen wrote. “I said terrible things that are embarrassing to the members, to the House, and to me personally.”

The terms “fiasco,” “self-inflicted wound,” and Bonnen’s own description – “stupid” – are being echoed widely among those who stay attuned to the goings-on in the capitol.

People are wondering what may have motivated Bonnen to make the offer to trade press credentials for a hit list – if he did – and why he would trust a guy with Sullivan’s combative track record in the first place.

Not to mention that he didn’t anticipate at least the possibility that Sullivan was wearing a wire.

And, question of questions, if the hit list allegations are true, why was he talking out of both sides of his mouth on backing every incumbent Republican for re-election, while developing an enemies list?

Bonnen’s first legislative session as speaker was indeed one that was well-regarded. Whether the various investigations will bring him enough grounds for forgiveness remain to be seen.

But his first session as speaker may also be his last.