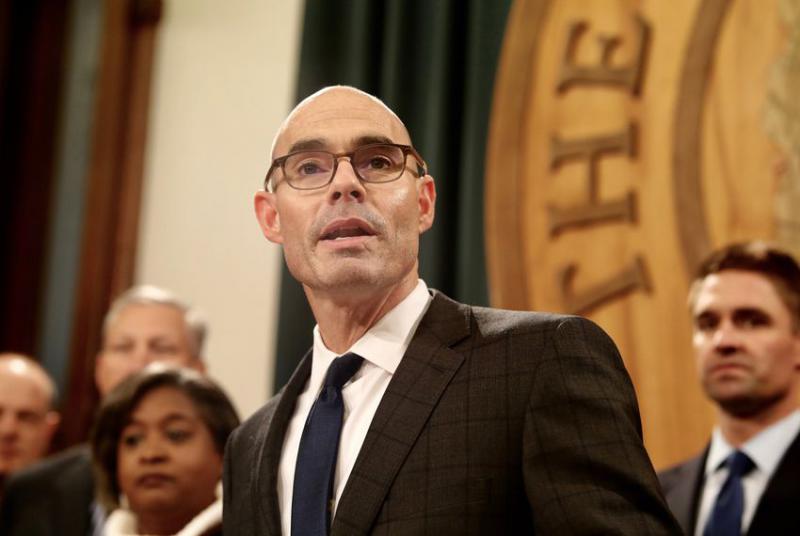 Texas House Republicans on Saturday unanimously endorsed state Rep. Dennis Bonnen as their choice for speaker during the 2019 legislative session.

“Session after session, I have fought alongside these members to help champion conservative legislation for the State of Texas and my constituents — next session will be no different,” Bonnen said in a statement.

Bonnen announced his candidacy shortly after dozens of Republicans met in October to draft him into the race. Bonnen, R-Angleton, joined five other Republican candidates and one Democratic contender. State Rep. John Zerwas, R-Richmond, ended his bid shortly before Bonnen entered the race.

Within two weeks of being an official candidate for House speaker, Bonnen had amassed the support of 109 House members, including all the former candidates for speaker. He is expected to succeed retiring Speaker Joe Straus, R-San Antonio, during the 2019 legislative session.

Saturday’s vote was the first of its kind. Straus, a moderate Republican, became speaker in 2009 with support from the Democratic caucus and a small group of Republicans. Frustrated by the alliance, House Republicans devised a plan to prevent a similar outcome: having the caucus select a preferred candidate and agreeing to support that pick during the floor vote for speaker. The approach was designed to circumvent House Democrats and ensure a conservative member became speaker.

Democrats, who picked up 12 seats in the Texas House in the midterm elections, were relying on thegrowth in their caucus’ membership and a crowded GOP field of speaker candidates to work in their favor. Instead, they were caught off guard when Bonnen rallied more than enough support from Republicans. By that point, Democrats had no other viable candidates to consider, and 31 Democrats joined 78 Republicans in publicly supporting Bonnen.

“Texas House Republicans have full faith in Representative Dennis Bonnen as he has committed his speakership to supporting and empowering our members of the Texas House so they may dutifully represent the values and principles of their districts,” state Rep. Dustin Burrows, the House Republican Caucus chairman, said Saturday in a statement.

Republican members are excited about the next session under Bonnen, state Rep. John Cyrier, R-Lockhart, told the American-Statesman. Bonnen has a history of being a helping hand with less senior members of the House, he added.

“He’s always going beyond his own items he’s working on,” Cyrier said. “He’s there to help members out.”

Bonnen is speaker pro tempore, meaning he presides over the chamber when the speaker is absent, and he also is chairman of the House Ways and Means Committee. He has been a legislator since 1997.