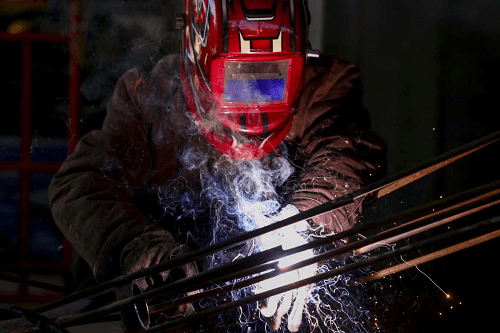 Texas, like the nation, has more job openings than unemployed people, and while that shows up in an impressively low unemployment rate, it’s a real problem for employers.

Companies are struggling to fill positions, with everyone from hotels in San Antonio complaining about a lack of maids to Houston oil companies desperately seeking data scientists. The shortage, however, is most acute in the so-called middle-skills positions, such as jobs in construction and manufacturing, often referred to as the trades.

The challenge for most of the 482,000 Texans looking for work is a lack of appropriate skills. Getting people trained would lift the economy for all of us.

Houston and San Antonio rely on middle-skill workers more than any major metropolitan area in the nation, according to the Labor Department. A third of jobs in both cities require only the equivalent of an associate degree. But most young Texans do not have even that.

A study that started tracking 8th graders in the Houston Independent School District in 2006 found that 18 percent have dropped out of high school, and 57 percent have not obtained any additional education since graduation. Only 22 percent of this cohort have attended college-level classes.

HISD students are sadly typical. Statewide, only 40 percent of workers have more than a high school education and 17 percent are dropouts.

Compare that with the job market. A quarter of all jobs require a four-year degree or more of education, and 52 percent demand an associate degree or a certificate. Only 24 percent of jobs are low skill positions. Four out of five jobs require computer skills.

The Texas economy could perform so much better if companies could find the skilled labor they need. But the populations of Houston and San Antonio are booming because locals do not have the necessary skills, and companies must import skilled labor.

Even a few weeks of post-high school education can make a difference. Training for an in-demand job can lead to a 30 percent to 50 percent increase in entry-level income. A high school dropout typically earns $22,000 a year, a graduate makes $30,000, and someone with the right certificates can start at $39,000.

After several years of experience and additional certifications, skilled tradespeople typically earn more than $70,000, according to a study sponsored by the Greater Houston Partnership, a business-financed economic development group. A two-year degree increases mid-career earning potential to more than $80,000.

No company did this out of charity; each got involved because they need a pipeline of skilled workers to continue generating profits. The program has brought in thousands of new workers, but the consultants hired by UpSkill Houston warn the program can never end. Workers today need constant retraining to keep up.

“Your technical skills in the 1960s and 1970s would be valuable for 10 years,” Michael Lewis, a managing director with the Boston Consulting Group, told an UpSkill Houston conference recently. “When you move into the 1990s, that drops to five years. Now it’s 2.5 years.”

Automation, new tools and advanced techniques can change so quickly that a new worker’s training is obsolete before they graduate, said Beth Corbert, CEO of the Skillful Initiative at The Markle Foundation, which seeks to address economic problems.

“There’s going to be more education, continuous education over your lifetime,” she said. “The role of education in this changing economy becomes even more important, but not as a means to an end, and not as the only measure that you’ve got what it takes to be successful.”

Workers must learn how to endlessly learn and adapt. While that is the goal of most four-year colleges, the jobs with the fastest growth rates are all in the so-called middle skills. The old-timey ideas about vocational schools must change to accommodate a more sophisticated workplace.

The biggest challenge continues to be overcoming the stigma that parents and educators have assigned to middle-skill jobs such as welding, pipe-fitting and building. My generation made the fatal error of underestimating the importance and potential in these careers.

Hopefully, the six-figure salaries many of these workers are earning will change minds, encourage better skills education and boost the Texas economy. But real change must begin with public schools, for which we are all responsible.