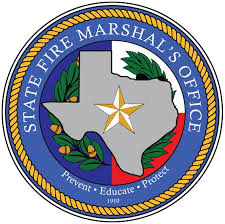 The Texas Department of Insurance has adopted changes to the fire extinguisher, fire alarm, fire sprinkler, and fireworks rules. Visit the TDI website for more information.

DISCLAIMER: The following proposed and adopted rules are provided as a courtesy by the Texas Department of Insurance. While TDI makes every effort to ensure the accuracy and completeness of this information, the official version of proposed and adopted rules are those filed with the Secretary of State, which is the repository of official TDI rules. Those rules can be accessed directly from the Texas Register, Office of Secretary of State.

With respect to the following documents, or other documents available from this site or others to which it links, TDI and the State of Texas make no warranty as to their accuracy, completeness, reliability, timeliness, or usefulness.

Submission of Comments: Written comments on proposed rules must be received no later than 5 p.m. on the date stated in the preamble of each proposed rule.