Surprise! Security Execs Say Don’t Let These Catch You Off Guard in 2019 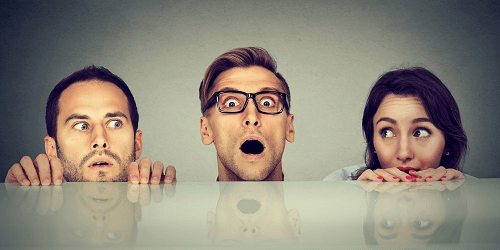 The 3G sunset, change in consumer demand and cybersecurity awareness are just a few issues security experts say you should keep a close eye on in 2019.

As part of SSI‘s 2019 Industry Forecast, we asked a dozen experts to share what might catch security pros off guard in 2019. Here’s what they had to say:

“The need to upgrade radios. This is a significant event as there are at least four times the number of 3G radios than there were 2G radios at the time of the 2G sunset and that transition was a disaster at best. This is going to be a real challenge for many dealers that were not expecting this to be done next year.” – Morgan Hertel, Rapid Response

“As the security market evolves, the traditional big players may have the most to lose in their need to adapt and reinvent themselves and their business models, giving an advantage to smaller dealers. An example would be shipping preprogrammed systems to consumers for them to install but then providing professional monitoring at a discount rate.” – Jorge Hevia, Napco

“5G becoming a big topic of discussion on connectivity of devices. Low cost, straight-to-the-Cloud intelligent devices will be a source of confusion and disruption.” – Chuck Wilson, NSCA

“End users asking integrators for more than security solutions and wanting to receive those services via a subscription model. While end users may not demand this in 2019, security professionals will certainly be asked about it, especially by the SMB market.” – Tracey Boucher, ScanSource

“The role that machine learning plays within the physical security industry. This might include an automatic license plate recognition system minimizing false reads by deciphering when it scanned a road sign instead of a license plate. It could also include a security platform predicting system health issues when certain events occur within a specific timeframe.” – Pierre Racz, Genetec

“While video analytics is becoming more reliable, it’s important not to oversell its applicability. Don’t succumb to all the hype about artificial intelligence, deep learning and robots. The technologies still need some maturity to be useful. You’ll see a lot of startups fall by the wayside before things finally shake out.” – Fredrik Nilsson, Axis Communications

“When the economy is good and we are staying busy, employee training typically gets bumped to the back burner. When this happens two things rear up. First, customer service goes away. Second, good employees go away. While this is going on, competition remains fierce and it becomes very easy to take our eyes off the ball.” – Bob Harris, The Attrition Busters

“Just how quickly consumer demand is changing and why the security professional is the No. 1 choice for consumers to be the one-stop shop for not only security but emerging technologies. Understand how the market is evolving and changing in real-time.” – Richard Ginsburg, Alert 360

“While cybersecurity awareness has improved, much of the industry is still somewhat unfamiliar with potential risks. A major breach, particularly one that causes widespread loss of data or impacts system performance, could cause cybersecurity to go from an issue of high concern to the top consideration for sites that enable remote access to their systems.” – John Distelzweig, FLIR

“How quickly managed services will catch on. The M&A community is demanding large percentages of RMR and end users are looking for that assurance their systems are not just installed, but also maintained in peak performance. People will also be surprised to see how quickly longstanding relationships between end users and integrators will deteriorate if cybersecurity is not taken seriously enough.” – Bill Bozeman, PSA

“If any of the major technology companies, Amazon, Google, etc., try their hand at monitoring and service, should they feel that demand for the monitored systems option is greater than anticipated.” – Jeff Kessler, Imperial Capital

Now that you know what to be aware of, check out the articles below to help you plan your 2019.