Should Dealers Be Liable for Own Negligence? 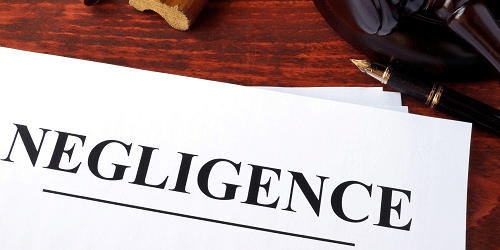 A properly drafted alarm contract makes crystal clear what an alarm company is willing to do, what its limitations are and what risks it’s not willing to take.

“They should at least be liable for their own negligence.” Where have we heard that before? I heard it twice just today from two different alarm companies — their subscribers were challenging contract provisions. One comment came from an insurance company for the subscriber and the other from a lawyer representing a bank subscriber.

Certainly one justification for permitting alarm companies to escape liability for their own negligence is they don’t calculate charges based on the value of the property sought to be covered by the alarm system or services.

It makes no difference what the cost of the building is, or what the contents of the building are; could be high dollar items like expensive jewelry or artwork. What does matter when figuring the cost to provide the alarm system and services is the extent of the installation and those services.

While there may be a correlation between the type of system installed and services provided with the value of a building or contents, that is really up to the subscriber who sets the budget for the alarm installation and services.

Even a commercial fire system (which is mandated and governed by building code) is priced based on the number of components being installed, not the value of the building or contents. We know who calculates their prices based on value of buildings and content, insurance companies.

The insurance company charged significantly more to indemnify the subscriber for loss, yet seeks to recover from the alarm company that charged a nominal amount to provide the alarm services based on what the subscriber was willing to pay.

Alarm companies don’t cause intrusions, burglaries and fires, and they don’t claim to offer a service that prevents any of those events. In fact, a properly drafted alarm contract will make it crystal clear what the alarm company is willing to do, what’s its limitations are and what risks it’s not willing to take.

That seems fair because it puts the alarm company on the same footing as other trades coming onto the subscriber’s premises to work. But if the homeowner leaves the toaster oven on and it starts a fire, the alarm company should not have to restore the house or replace the Rembrandt painting that was hanging in the living room.

Same goes for an intrusion. The alarm company didn’t break in (if it did, it would of course be liable). If a subscriber asks its insurance broker to look over an alarm contract, naturally the broker is going to find objection.

The alarm contract shifts the risk of loss to the subscriber and the subscriber’s insurance carrier. The broker is looking to shift it back to someone, anyone, else. Going back to the bank attorney inquiry mentioned earlier, I advised the alarm company to ask the lawyer to read the bank’s safety deposit box contract.

It no doubt also assumes no responsibility for losses either. You need to start with a proper alarm contract. Then you need to respond to requested changes intelligently.

Reason and logic should prevail over your subscriber’s visceral response to the contract that “they [alarm company] needs to be liable for their own negligence.” No, they don’t. They don’t need to be liable for anything that we by agreement exclude, and for good reason.