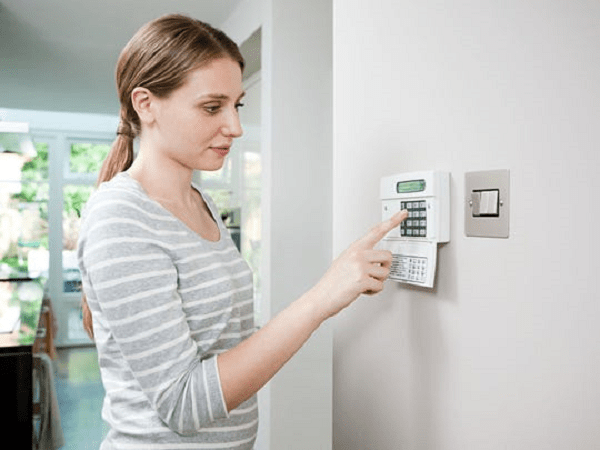 The Kitsap County Sheriff’s Office wants to change its alarm ordinance, requiring that the alarm activation be verified before law enforcement is dispatched, and institute fines for alarm companies that end up dispatching deputies to false alarms.

The move has proven successful in other areas, according to the sheriff’s office. Cities such as Eugene, Bellingham, Detroit and Salt Lake City.

Salt Lake City has reduced its number of alarm calls per year from 10,000 to just 500, according to the sheriff’s office.

If approved, the changes proposed to the Kitsap County code would remove the permitting process and fees for residents and attempt to reduce the number of times police respond to false alarms, which the sheriff’s office says keeps deputies from dealing with actual emergencies.

The ordinance would cover both commercial and residential fire alarms, said Kitsap County Sheriff’s Deputy Scott Wilson. He said every officer has a story from responding to a false alarm.

Around two decades ago when Wilson was working in North Kitsap, he and a partner responded to an alarm at a rural home. They searched around the house to look for suspicious activity but found nothing. As Wilson began walking back to his patrol car past the garage, he heard the garage door begin to open.

Gun drawn, we do a quick peek around the corner, there’s nothing. Nobody comes out,” he said.

They walked into the garage and discovered it was full of exotic birds in cages. One of the birds had escaped and was sitting on the door frame that goes into the house, digging its talons into the door frame and drywall. The garage door opened and closed again.

“The bird was pushing the button,” Wilson said. “The parrot did it, not a person.”

The Kitsap County Sheriff’s Office “False Alarm Reduction Program” calls for alarm companies to verify that the alarm is valid before officers respond. The companies would also receive notification and a fine per each false alarm. The county hopes to hold alarm-monitoring companies accountable for the large number of false alarms.

For an alarm to be verified, there must be visual or audible confirmation of an attempted or actual crime, fire, or other emergency, or an attempt by the alarm company to contact the alarm owner by telephone or electronic means, according to the plan. Verification by telephone requires that a second call is made to an alternate phone number if nobody answers the initial call to determine if the alarm activation is real.

Alarm calls are considered a low priority for emergency responders because of the low accuracy rate. Under the new policy, alarm calls would be a higher priority, with the added reassurance that an alarm means a real intruder set it off.

Video surveillance, like the “Ring” doorbells, also results in higher accuracy for intruder responses since the homeowner or law enforcement can confirm that an intruder was actually there based on the footage.

“If you have video and see something, that’s no longer an alarm, that’s a burglary in progress so we dispatch for that,” Duckworth said.

Burglars typically stay in the home they are robbing for two to five minutes, but it often takes the police 20-30 minutes to arrive at the scene, since alarms are seen currently as a low priority. The new verification process would lower that response time, according to the sheriff’s office.

With the plan, officers will not respond to alarms at sites for one year after the fourth false alarm in a 24-month period. Areas of high risk may not be subject to a response suspension if the police or fire leadership identify them.

Duckworth said if passed, the ordinance will be a victory for the sheriff’s office when it comes to “efficiency and response.”