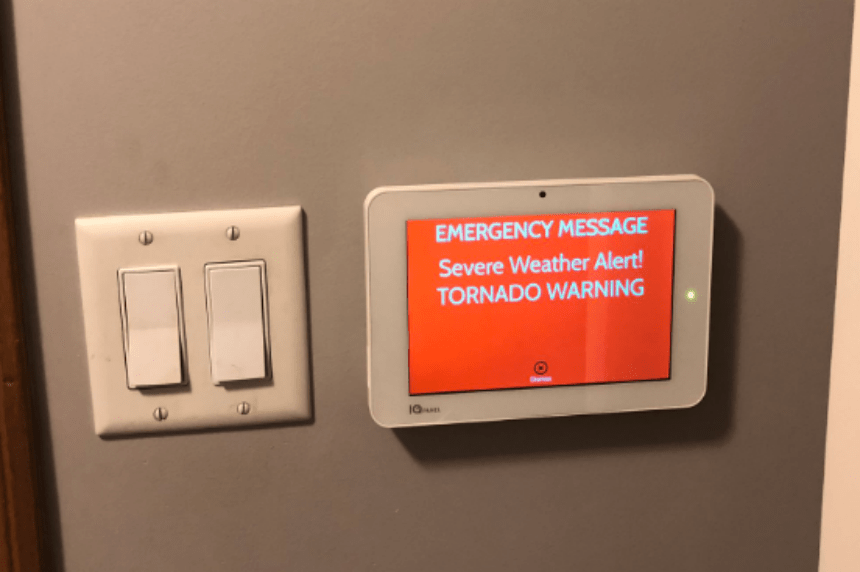 The alert, which read: “Severe Weather Alert! Tornado Warning,” prompted some to take to social media, warning others about the incorrect information.

in an emailed statement, SaskTel spokesperson Greg Jacobs said the inaccurate alert was issued by the Alarm.com weather notification service, a third-party company used by the Crown corporation and other security providers across Saskatchewan.

“SecurTek understands that Alarm.com relies on credible sources of information to issue weather alerts, however we are following up with them to investigate this matter further,” Jacobs said. “SecurTek would like to apologize for any inconvenience or concerns this weather notification may have inadvertently caused.”

Due to the service being delivered by a third-party company, at this time, Jacobs said it’s unclear how many people received the alert.