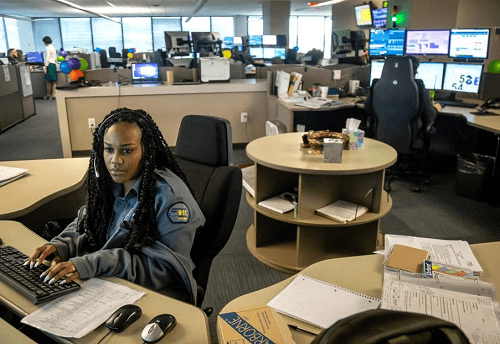 The Sandy Springs City Council on Tuesday got its first sense from the police department of how the alarm ordinance is doing since the law started June 19: Capt. Dan Nable said false alarms were down 77% from the previous 30 days, when almost every call was false.

“The alarm ordinance is having a desired effect,” Nable said.

After eight years of tweaking the ordinance and traveling to research cities with similar laws, the city says it is now the first in Georgia whose police will not respond to home and business burglary alarms without video, audio or in-person verification that a crime is occurring. The law also includes steep fines on alarm companies for repeated false alarms.

The law currently only affects the 14,080 registered alarms in the city of 100,000 residents, but it could set a legal precedent for other cities to follow, state policing experts say. The law is being challenged in court by a group of alarm companies.

Of the 8,000 alarm calls last year in Sandy Springs, 99% were false alarms, police previously said. That accounted for 17% of all calls to the 911 dispatch center. City leaders said they approved the law in part because false alarms distract police and dispatchers from actual emergencies.

At first, residents didn’t like hearing that officers won’t show up to possible emergencies at their homes or businesses. But the truth is that the cops weren’t rushing to these alarms anyway. Sandy Springs Police Chief Ken DeSimone said his department’s average burglar alarm response time is 40 minutes, which is basically useless because a criminal is almost always gone by then.

With a verified alarm, police are much more likely to zip right over to a crime in progress, like they did June 29.

Nable told City Council on Tuesday that video footage from an alarm company showed three people who appeared to be burglarizing a construction site. At the time, the department was looking for a missing child, but some officers were dispatched to the burglary because they had video evidence of a crime.

“It resulted in three arrests of burglars, exactly as we want the ordinance to (do),” Nable said.

He said there are no reports of police not showing up to an actual crime.

Eric Widner, general manager of Kennesaw-based Loud Security Systems, said he hopes the law doesn’t catch on because he feels it’s not only a burden on alarm companies but it makes some of his 400 Sandy Springs customers feel unsafe.

“The process is just simply that we’re declining dispatches over and over even when the customer requests it,” Widner said. “Whether there’s an emergency or not, the perception from the customer is that police are not dispatching and they don’t feel safe in their homes.”