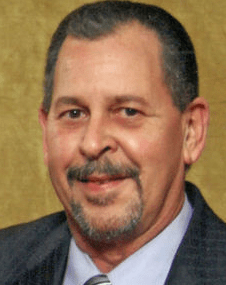 Rodney left us on May 8th, 2018 after battling cancer for several years.

Rodney was larger than life, who loved hunting and the outdoors. He had a unique wit and way of cutting to the heart of things and had a deep appreciation for Lone Star Beer.

He gave everything for the alarm industry in Texas, and those who were lucky enough to call Rodney their friend know we have lost a loyal friend and a great man.

In lieu of flowers, memorial contributions may be made to Texas Oncology or M.D. Anderson Cancer Center in Houston Texas.

Rodney Hooker began his career in the security industry in 1987, working as an alarm installer for a UL listed Alarm Company in the Dallas area.

He started his Central Station career in early 1988 working for one of the largest central stations in the U.S. at the time. He managed the construction of two other branch central stations in Texas and helped in the first live networking of three active redundant UL Listed centrals. He was the President of Dispatch Center, LTD from September 2004 to April 2018.

Rodney served TBFAA as Vice President and Legislative Chair for 6 years, 2 years as President and 8 years as board member. He also served on the alarm management committee for the Texas Chief of Police Association. He worked with the Private Security Bureau to allow CEU credits for attendance at qualified membership meetings

As the TBFAA Legislative Chair and Vice President, Rodney’s exceptional efforts representing TBFAA in Austin have earned him awards and letters of appreciation from the Department of Public Safety. Rodney worked tirelessly with the Private Security Bureau to deal with unlicensed alarm sales in Texas.

He was an active member of all of the local associations in Texas for the last 27 years and held the office of President for the North Texas Alarm Association. As president of the Dallas County Burglar & Fire Alarm Association (NTAA), he led the fight to allow a special conversion period for the alarm industry to convert from 7-digit to 10-digit dialing plan.

In the late 80s and early 90s, he actively worked on the RBOC issue in Washington DC, including many trips to Washington, DC to lobby legislators in person.

He is survived by his wife Sue Ellen Hooker, step-sons Daniel and his wife Tracy Glenney and Patrick and his wife Jackie Glenney, his step-grandchildren Robert, Morgan, Michael, Aidan and Lorna. He is also survived by his brother Ray Hooker, best friend Stan Matcek and a host of friends.