Reset alarms are a ‘nightmare’ for fire departments 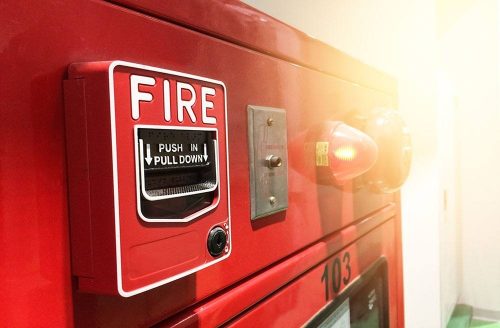 GOSHEN — Goshen village trustees on Nov. 26 focused on how to handle the “nightmare” that fire departments face by people resetting fire alarms before they arrive at the scene of the alarm.

Firefighters normally first check the fire control panel that designates the source of the possible fire within the premises. This knowledge is a timesaver for firefighters during a critical time that could ultimately save lives.

However, if the alarm is reset before emergency crews arrive, they are forced to scour the entire building, including hotels and apartment houses, in their hunt for the source of the fire alarm, before they can ensure that all is clear.

Trustees were concerned with the wording of a local law to remedy the problem. Trustee Peter Smith said it seems to be a natural instinct to turn the alarm off as soon as possible, so the wording and the penalty of the local law is critical.

“First we have to ask, ‘Do we want this law?’ and then ask, ‘What about the wording’?” said Trustee Chris Gurda.

Is it tampering or punishable by paying a fine if the building owner or supervisor turns it off?

At the conclusion of the discussion, the board authorized village attorney David Donovan to draft a local law to add to Nuisance Law — Tampering with Alarm Systems.

The draft will then be sent to the Board of Fire Commissioners for review. Subsequently, a public hearing will be held for community input.

The village board will decide, based on comments from the Board of Commissioners and public input, on a course of action regarding the local law.