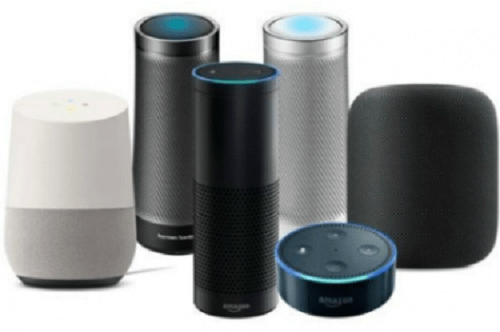 A new research report by Strategy Analytics suggests the use of smart speakers is not increasing after initial purchase, and in many instances is slowing.

Although consumers’ purchase intent for smart speakers is high, cost and concerns for security and inoperability are the biggest barriers to convert intenders into users, according to a new report from the User Experience Strategies (UXS) group at Strategy Analytics.

Ownership of smart speakers globally is growing substantially. While the United States is still the largest market for shipments worldwide, the highest intent to purchase the devices was found in China, the report states.

Furthermore, with the exception of early adopter techies, the use of smart speakers is not increasing after initial purchase, and in many instances is slowing.

The research firm, based here, found that smart speakers were the hottest consumer electronics product in 2018.

Strategy Analytics’ latest research shows that Q4 shipments grew 95 percent to 38.5 million units. This was more than the entire 2017 total and brought the 2018 tally to 86.2 million units.

Amazon and Google enjoyed a particularly strong quarter due to the popularity of their low-cost Echo Dot and Home Mini speakers. Both companies recorded quarter-on-quarter increases in market share.

Apple’s HomePod sales rose 45 percent, but its market share fell back to 4.1 percent in Q4.

“Part of the problem in decreasing usage once consumers own a smart speaker is awareness when new features and capabilities are released to provide more use cases,” says Strategy Analytics associate director Christopher Dodge, who authored the report.

However, one of the biggest barriers to increasing use-cases of existing devices continues to be the lack of interoperability and seamlessness between devices of different OEMs, explains Chris Schreiner, director, syndicated research within the UX innovation practice.

“Solutions which provide the best integration of different ecosystems throughout the home, in addition to less input and effort from the user, will maximize use cases and provide the best smart speaker in the long term,” he says.