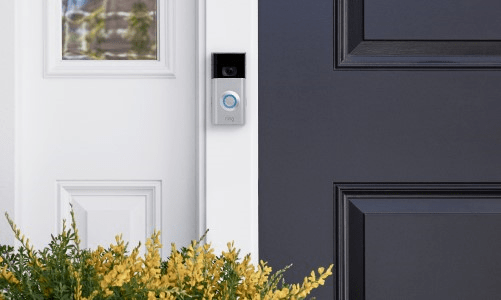 Emails shows Ring and law enforcement were in the early stages of creating functionality that would turn on video doorbells in the vicinity of a 911 call.

Ring has been on the hot seat ever since a report emerged in July that revealed the company essentially enlisted police departments as salespeople for its video doorbells.

The latest development to come out of that partnership is the revelation that Ring considered building a tool that would make 911 calls automatically activate its video doorbells.

According to emails obtained by CNET, Ring told a California police department in August 2018 that the function could be introduced in the “not-so-distant future.” The project has since been abandoned.

In emails to the police department, Ring described a system in which a 911 call would trigger the cameras on Ring doorbells near the site of the call. The cameras would then start recording and streaming video that police could use to investigate an incident.

“Currently, our cameras record based on motion alerts,” Steve Sebestyen, vice president of business development for Ring, said in an email that CNET obtained through a public records request. “However, we are working with interested agencies and cities to expand the device owners controls to allow for situations where a CFS [call-for-service] event triggers recording within the proximity of an event.”

Though Ring users would have to opt-in to the feature, it still raises privacy concerns. Currently, police departments that are partnering with the company are contractually obligated to provide Ring with certain information, such as access to call logs and incident data.

“CAD data reveals a host of intimate and personal information from domestic problems to medical crises to who lives at a particular address and with whom,” says Andrew Guthrie Ferguson, author of The Rise of Big Data Policing and a law professor at the University of the District of Columbia. “While important, they are the product of emergency reactions and imperfect information.”

What is Ring doing with all of this data? The company’s Neighbors app, which is essentially an online neighborhood watch, posts alerts about local crimes and emergencies. For instance, it will alert users if there are reports of a shooting nearby.

The unfortunate truth is providing people with this type of platform can cause a rise in paranoia, which then leads to biases and false alarms. Imagine what would happen if suddenly every neighborhood video doorbell turned on when a 911 call is placed.

“What happens when someone calls the police because there’s a ‘suspicious person’ in the neighborhood?” asks Electronic Frontier Foundation policy analyst Matthew Guariglia. “Now every camera in that neighborhood is turned on and tracking a dog walker or someone out on a stroll just because of their race or the color of their skin.”