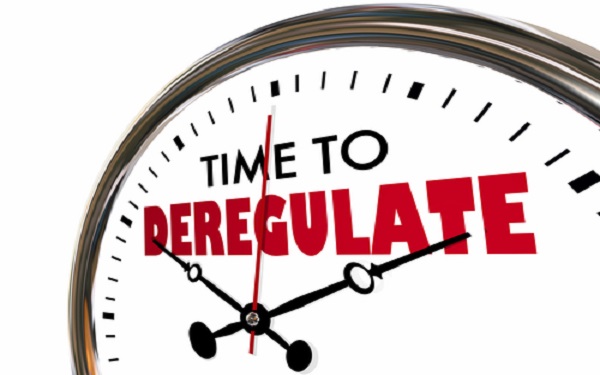 AUSTIN — It took a lawsuit to clear the way for a Texas woman to practice eyebrow threading without 750 training hours, but a push to deregulate occupational licensing could further cut or streamline regulations for scores of jobs across the state.

“We are on the cusp of having one of the largest occupational licensing deregulations in the state’s history,” Brian Francis, executive director of the Texas Department of Licensing and Regulation, said in interim Senate committee testimony earlier this week. “This is not a one-time thing: we’ve been on this path for a while.”

The umbrella agency has cut 22 license types since 2013, and the TDLR wants to make more changes: allowing driver education schools to be online instead of requiring a physical building or classroom; standardizing all license terms and continuing education requirements to a two-year term; and removing a five-year “sit out” period for minor violations of the state massage therapy statute, to name a few.

Texas requires occupational licensing for upward of 500 occupations, and the requirements affect one in three residents, according to the Texas Public Policy Foundation, an Austin think tank.

But while conservatives who say loosening requirements could boost Texas’ economy widely back deregulation, there’s also support from the other end of the political spectrum.

According to a 2016 White House fact sheet, licensing cannot only cut employment in licensed professions, but also lower unlicensed workers pay roughly 7 percent below what licensed workers with equivalent experience and training earn.

“In addition, the patchwork of state-by-state licensing rules leads to dramatically different requirements for the same occupations depending on the state in which one lives, burdening workers who aim to move across state lines — including, for example, military spouses who move frequently,” according to the fact sheet.

The non-partisan National Conference of State Legislatures analyzed occupational-licensure cost/benefits and found that while the intent is to safeguard public health and safety and protect consumers with educational requirements and industry oversight, there can be a downside.

The NCSL reported that “unnecessary” licensing requirements have been found to:

The NCSL recently reported that “the share of licensed workers … varies by state, ranging from a low of 12 percent in South Carolina to a high of 33 percent in Iowa,” and the discussion in Texas about appropriate occupational licensing is part of a national conversation.

Matthew Mitchell, a George Mason University economist, told Senate committee members that Texas licensure requirements are not just steep and costly but arbitrary in many cases.

Vance Ginn, a economist at the conservative Texas Public Policy Foundation, told the committee that Texas’ licensing laws are ranked 21st most burdensome by the libertarian Institute for Justice.

While Ginn said there’s more to do in the 2019 session, he praised lawmakers for repealing licenses for shampooers and eyebrow threaders in the 85th Legislature.