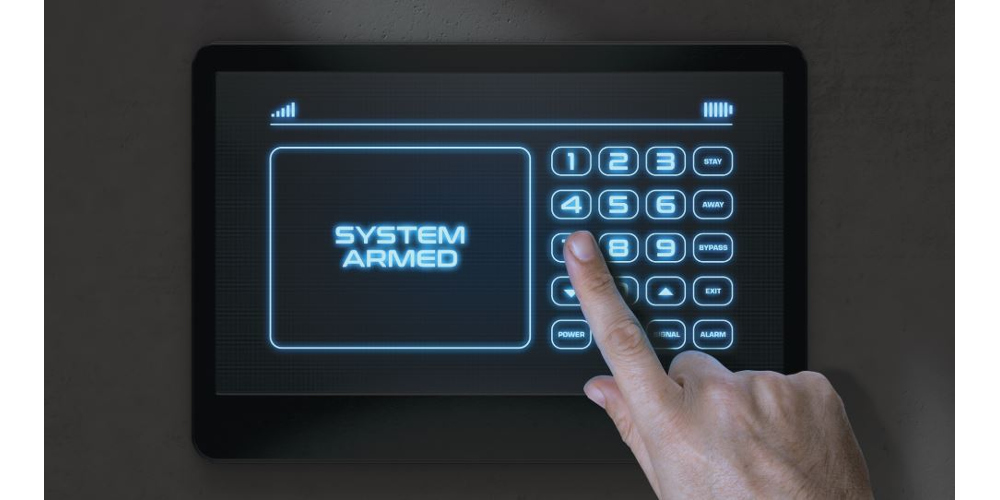 Due to advances in cellular and IP communications, alarm signal transmission has changed more in recent years than during the preceding century.

Burglar and fire alarm signaling has long been the lifeblood of the electronic security and life-safety markets. Advances in alarm signaling technology has propelled both aspects of the industry well beyond the original vision of those who first forged a path to what has now become an extremely lucrative business.

This is especially true where it comes to recurring monthly revenue (RMR) through central station monitoring.

“Monitoring is one of the most important aspects of my business. Not only does it provide opportunity for service calls after warranties have expired, but it also gives us a dependable source of monthly recurring revenue. Being able to rely on a steady source of income is key for any business,” says Mike Pearson, president of Safeguard Data & Security of Sugarcreek Township, Ohio.

It’s not profit alone, however, that drives the need for security dealers to provide monitoring. Monitoring, in fact, plays a central role in selling, installing and maintaining many if not most residential and commercial accounts. Without it, many people wouldn’t buy security in the first place.

The changes in alarm signal transmission has made it challenging for dealers to keep legacy customers/systems updated with current primary and backup communications to the central station.

At the same time, such changes can potentially be angled as opportunities to reach out to and better serve the customer base. Leading alarm panel/communicator makers and installing dealers speak to the present landscape and offer recommendations.

Signaling Then and Now

The technologies in use today in the protection of homes, businesses and institutions are radically different than when Augustus Pope patented the first “electro-magnetic alarm system” in 1853.

And where it comes to the original central station application in 1871, there’s barely a comparison possible between the direct, dedicated-wire systems of that time and the cellular/IP-based systems of today. 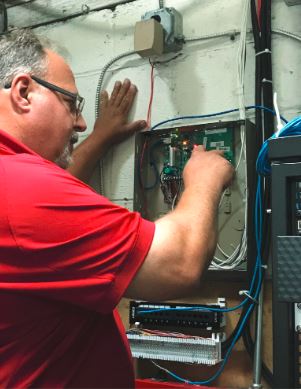 Erick Wootton, project manager for Gene Ptacek and Son (GPS) Fire Equipment in Ohio, responds to trouble sending alarm signals over a telephone line caused by the customer converting to VoIP without having informed the dealer.

Mechler explains the adoption of these newer technologies can disrupt service at sites with intrusion and fire alarm control panels that use older technology for alarm communications.

“Communication failures can frustrate users and cost dealers and integrators time and money when a truck roll is needed to resolve an issue,” he continues.

The fact is plain old telephone service (POTS) is no longer the reliable means of communication it once was. In addition, these lines are relatively expensive to use compared with cellular and Internet.

“The traditional tip and ring, as we used to call it, simply isn’t there. Even VoIP isn’t there in many locations anymore,” says Steve Shapiro, general manager for intrusion with DSC of Tyco/Johnson Controls. “It’s on an overall decline whether it be traditional POTS or VoIP.”

By offering cellular communications, the alarm dealer actually unlocks another source of RMR, further increasing the financial bottom line while saving clients a ton of money. Not only that but using cellular and IP in tandem increases your chances of getting signals through to the central monitoring station.

“At Alula we have long embraced multiple paths of communications including Ethernet, WiFi and cellular technologies, and not only utilize these for alarm signals but also audio and video verification services. The ubiquitous nature of Internet connectivity has prompted the migration of virtually all voice, video and data transmission over this network,” says Dave Mayne, vice president of product management with Alula (formerly Resolution Products and ipDatatel).

Impact of Cellular and IP

The electronic security industry’s evolutionary advances beyond digital dialers and POTS represent more than simply efficient and cost-effective means for transmission. Notably, it is a conduit to expand the universe of connected devices and associated services.

“Many of the customers affected by alarm signaling advancements are long-term, high value, recurring revenue providers to the dealers. They have benefited from their security offering for many years,” says Mayne. “The advances in signaling technologies give dealers the chance to introduce new services to their customers, and demonstrate how they — and the industry as a whole — has grown to deliver state-of-the-art connected home offerings. Introducing new technologies and services to your customers helps reduce attrition and potentially increase RMR.”

Cellular was the first to emerge on the scene in the early 1990s, then the Internet within a decade or so after that.

Through the wonder of digital communication, alarm data can now make it from alarm panel to the central station in a fraction of the time of yesterday’s older digital dialers using POTS.

Today, most alarm panels continue to include a digital dialer. But there are add-on modules and other options that provide IP/network and cellular as well as panels equipped with all of them on the motherboard.

“Most of our panels have a dialer on-board with or without network capability. We also make panels that have WiFi. Our cell communicators are typically modular so they can be added. This is in addition to WiFi modules that also can be added at a later time,” says Adam Kindler, alarm panel product manager with DMP.

“One of the nice things about our cellular [on the fire side] is that it’s approved by UL, the California State Fire Marshal and the New York City Fire Department for sole-path communication,” says John Adams, product manager of central station products with DMP.

He says this enables fire alarm installers to meet compliancy requirements whether it involves a DMP fire panel or anyone else’s.

“You can hook it up and have cell comm as your sole path of communication,” says Adams. “The reason why it’s accepted is how we provide supervision at the receiver. Our panels ping the receiver at intervals that meet NFPA code [Table 14.4.3.2(g), NFPA 72, 2013 Edition]. So it pings every 5 minutes or every 60 minutes, depending on the NFPA code [2013 or prior], but it checks in with the receiver and if it fails to do so, our receiver at the central station initiates an alarm.” (See Section 26.6.3.8, NFPA 72, 2016 Edition for more information.)

There’s no denying that there are probably a million or more legacy alarm panels that continue to report alarms, trouble and supervisory problems over dead or fault-ridden POTSlines. More and more of those phone lines are disappearing and one day it’s likely there will be none left to connect a panel to.

In the meantime, alarm dealers must continue to monitor their clients’ homes and businesses even when they refuse to upgrade to a new alarm panel — one that no longer depends on a waning, dying public switched telephone network (PSTN).

These systems are designed to read the DACT’s alarm data while transmitting a new subscriber ID to the central station. There are IP or Internet modules that work in the same way.

“Napco’s StarLink line was created to be a universal solution for all panel/FACP [fire alarm control panel] brands, old and new, to any central station. We expanded the line from intrusion radios to include connected-home/business and commercial fire. Furthermore, StarLink Connect communicators with built-in Smart Hub provide connected/smart home/business services via cell,” says Judy Jones-Shand, vice president of marketing for Napco. “And beyond alarm reporting they support full bus data, virtual keypad, and up/downloads and hand programming on Honeywell/ADT, DSC and Gemini panels. Plus notifications, smart scenes, schedules and Z-Wave device/appliance control of lights, locks and climate.”

“So that 30-year-old panel that was only good for alarms, and not even good for that because the phone line wasn’t working, now communicates over the cellular network,” says DMP’s Kinder. “Today the customer can have an app where they can arm and disarm, they can turn lights on and off, set schedules where the lights go on and off at predetermined times and days, they can have geofences so if they leave the house and they didn’t arm their alarm system, they’ll get a notice that will remind them to do so.”

As Todd Domer, director of engineered systems at northern Ohio-based GPS Fire, says, there are even legacy solutions for fire alarm systems.

“Many cellular and IP communicators meet NFPA 72’s requirements for being sole or single path,” he says. “Many of them also can have the existing dialer in the FACP plugged into them as long as the FACP is set up for CID [Contact ID] so no programming or changes are needed to the panel. The communicator can still operate as sole path and saves the end user significant money.”

Banging the Sunsetting of POTS

There are those who continue to use plain old telephone service (POTS) when and where it’s available. But public switched telephone network (PSTN) service is not always readily available in every nook and cranny in the United States.

Invariably, for those who pioneered the RMR model using the digital dialer, mixed feelings abound as the technology that made many millions is about to disappear.

“More and more people are turning off their home phone. It’s just not common-place anymore, whether it’s the younger generation or the old. When someone moves they usually do not get a home phone anymore either,” says Steve Shapiro, general manager for intrusion with DSC of Tyco/Johnson Controls. “Not only is POTS on the decline, but so is VoIP. Let’s face it, almost everyone we know owns a cellphone.”

The problem with VoIP is that even though there’s a traditional dial tone, the technology behind it is not the same as traditional PSTN. For this reason, a typical digital alarm communicator transmitter (DACT) may or may not work because the above audio tones are not entirely the same as that of POTS as the phasing is off by comparison.

Todd Domer, director of engineered systems at Gene Ptacek and Son (GPS) Fire Equipment in northern Ohio, says the advent of VoIP lines has grown to cover the vast majority of phone lines, and problems with the signals reaching the central station correctly have grown accordingly.

“I have been guiding end users more and more to cellular the past several years. The majority of alarm manufacturers have warnings on their websites regarding the dangers of using VoIP lines with an alarm system.”

“Frankly, POTS [lines] are no longer needed. Just about everyone under the age of 60 does not have one and those older than 60 may have one but they don’t use it. They can’t seem to make themselves turn it off,” says Scott R. Smith, project manager with Crosby Communications of Montgomery, Ala.

Al Colombo is a long-time trade journalist and professional in the security and life-safety markets. His work includes more than 40 years in security and life-safety as an installer, salesman, service tech, trade journalist, project manager,and an operations manager. You can contact Colombo through TpromoCom, a consultancy agency based in Canton, Ohio, by emailing allan@Tpromo.Com, call 330-956-9003, visit www.Tpromo.Com.