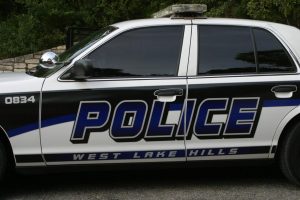 Property crimes during the summer are a common incident many homeowners face, local police agencies said.

Approximately 148,000 burglaries and 548,941 personal property thefts were reported in Texas in 2016, the Texas Department of Public Safety said. The Travis County sheriff’s office said burglaries are the fastest-growing indexed crime in the United States.

West Lake Hills Police Chief Scott Gerdes and Rollingwood Police Chief Max Westbrook said there tends of be an uptick in property crimes in June, when many residents are on summer vacation and kids are out of school.

Securing the home and making it look occupied are a few ways to prevent burglaries from happening. Here are a few tips to keep in mind:

Pick up your newspaper

“If you can get a neighbor or someone to pick up your newspaper or call the paper and ask them not to deliver your newspaper while you’re gone that could help,” Westbrook said.

Another common property crime is package theft, Westbrook said. He said what police are starting to see is thieves taking Amazon packages from front porches or even stealing an entire van.

“Amazon allows you to track your packages online,” Westbrook said. “Maybe have a neighbor come and pickup your package and hold it for you until you get home.”

Amazon also offers lockers at locations around Austin. There is no additional cost.

Westbrook added that sending the package to the store for pickup can also prevent package thefts.

Leaving porch lights on or installing an alarm system such as Ring can also be helpful in preventing home burglaries, Westbrook said.

Some police departments also offer home security checks, which allows police to patrol and check the home while the homeowner is gone. Westbrook also said having a friend check on the home during the period of absence is another great way to prevent home break-ins.

“If you take away the opportunity then that prevents the crime from ever happening,” Westbrook said.

Gerdes said residents should always call 911 if they see something or need an officer to come to them.