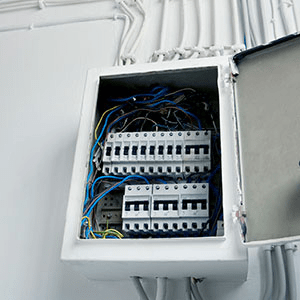 Power-cut burglaries, until now mostly localized to the Southeast and California, are now an increasing threat in the Northeast, says the Jewelers’ Security Alliance (JSA).

In recent weeks, the group has had reports of three power cuts at jewelry stores in New Jersey and two at stores in Connecticut. So far, no actual burglaries have been reported.

JSA president John Kennedy believes that jewelers in California and Florida are increasingly on the alert to the danger posed by power cuts, and are acting accordingly. So the gangs are looking for new targets.

“When people may be onto you, you move around,” Kennedy says.

Power-cut burglaries generally involve members of a gang tampering with a store’s electrical source to disable its alarm. Sometimes, they won’t strike right away, but just stay nearby and watch what happens.

They often cut the power to numerous stores in the area, in order to gauge the best target.

The most recent power cuts occurred at jewelry stores in Plains, Sparta, and Bedminster, N.J. In those instances, the gang cut the power but did not go inside the stores.

In Darien, Conn., the suspects turned off a store’s power, which tripped the burglar alarm, triggering a police response. They cut the electricity again two days later, but again did not enter the store.

In Fairfield, Conn., a jeweler received a call from his alarm company about the loss of power to his store. He investigated and found the electrical meter cover had been pried from the box. The police were called but did not observe any suspects on the scene.

Kennedy warns that when power is cut to a store, its owners should not ignore it, but immediately inform the police.

It gives the following additional tips:

– A jeweler’s alarm company call list should include the owner and any nearby employees. An employee should be able to respond at all times, including during vacations, weekends, and holidays.

– A retailer should not respond to power failures alone but be accompanied by a police officer.

– Jewelers should inform the police that there may be burglars near the store, observing to see how they respond to the power outage.

– Store owners should inspect their electrical box on a regular basis and report any possible signs of tampering to the police and JSA.

– Stores should have alarms cover all possible means of entry, including the roof and sidewalls.

– Stores should have line security in case the alarm system is disabled.

– Jewelers must check all possible routes of entry, including the alarm and roof doors.

Anyone who has information about or wants to report an incident should contact the Jewelers’ Security Alliance at jewelerssecurity.org or by calling 800-537-0067