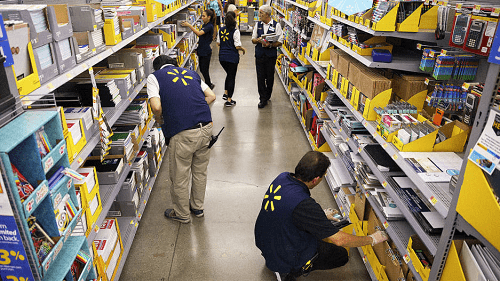 The way companies manage workers’ schedules can be incredibly damaging to leading a normal, functional life.

For many shift workers, scheduling can be a nightmare: Not knowing your schedule far enough in advance to make plans for things like childcare or doctor’s appointments can make life nearly impossible, as can having your working hours go up and down at the whim of your manager (or some scheduling software). This is compounded by the fact that shift life is precarious and missing a shift is devastating: For many hourly workers in America, missing just one shift can affect their ability to pay their bills. Not surprisingly, new data suggest that employees subject to chaotic schedules are more likely to report feeling unhappy, not getting enough sleep, and being stressed.

Researchers from UC Berkeley and UC San Francisco, publishing in the journal American Sociological Review, used targeted Facebook surveys to poll nearly 28,000 workers at the country’s largest 80 retail and food service firms during 2016 and 2017. Those findings, first summarized by the Washington Center for Equitable Growth, which helped fund the study, show that less than half (39%) of respondents report not having a regular schedule. The study makes clear that those without protection typically experience their available hours fluctuating by around 30% weekly, which can mean, of course, 30% less money in a given week.

Not surprisingly that can lead to unpredictable income issues and difficulty paying bills. The vast majority of those surveyed reported suffering money troubles within the last year. Nearly half of all those surveyed end up working both closing and opening shifts back to back. Many also remain on call (without pay) in case they’re needed. As the WCEG chart below shows, 16% reported receiving their schedules with less than a few days notice. Practically that same number of people also had a shift unexpectedly canceled within the month during which they were surveyed.

The low wages of most hourly employment creates stress that may affect sleep. In general, about 45% of respondents reported feeling distressed, with 67% saying they slept poorly. That distress rate increased to 65% among those who had a shift canceled, and sleeping troubles appear to spike among those stuck on-call or working closing and then opening shifts. See the WCEG chart below.

All of these findings are correlations–it’s hard to say they’re directly associated without controlling for all the factors in someone’s life. But researchers found that perhaps the easiest way to increase workplace positivity is simply to give workers more reliable notice of when they’re needed. WCEG’s analysis points out that when companies shared employee schedules at least two weeks ahead of time, it was strongly associated with the chance that more workers in those jobs would feel happy, compared to workers who received a shorter timeframe to prepare.Some companies are already seeing payoffs from instituting more scheduling stability, especially with guaranteed time for the workers who rely on them. Hopefully more employers show up to change that.