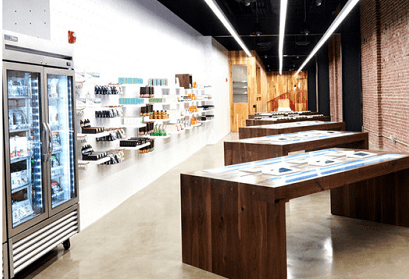 The current buzz in the security industry regarding the evolving cannabis retail market may still be masked in a haze of confusion, but there is no denying that this budding market is ripe with revenue potential. I know, the pun possibilities are almost as endless as the business possibilities, however, I saw firsthand just how dynamic this industry really is when I attended the MJBizCon National Marijuana Business Conference & Expo 2018 in Las Vegas last month.

Billed as the largest business event in the cannabis industry, it rivaled the ISC West show in the number of booths and attendees, featuring more than 1,200 exhibit booths and 25,000-plus visitors. While expansive in vendors touting everything from soil fertilizer and grow-lights to designer display cases and fancy retail containers, it was woefully short on security solutions.

Perhaps no cultural shift has been as bold a harbinger of social change in the last decade as the normalization of cannabis legislation at the states level. This past month, Michigan became the 10th state to legalize recreational marijuana, while Utah and Missouri voted to legalize medical marijuana joining 31 other states that have already done so. According to several industry reports, the marijuana industry will create an estimated $28 billion-$34 billion economic impact this year. By 2022, that could soar past $75 billion annually.

Of course, with any burgeoning industry sector comes a need for security. The changing cultural fabric that has inspired such growth and huge potential revenue for the security industry comes with a downside. While big money may await some solutions providers, those who choose to enter the cannabis security market are finding it creates banking, regulatory, compliance and security nightmares since it is still illegal at the federal government level. Each state has their own laws related to sales and it is an all-cash business model.

Several high-profile security vendors have already made their move into this market sector as have security consulting firms and some systems integrators. One company that had a booth at the recent cannabis event was March Networks, one of the leading video surveillance and video-based business intelligence solutions in North America. It has been a player in the cannabis security market for a couple years and recently won a large contract to secure one of Canada’s largest cannabis producers. Canada became only the second nation in the world and the first G-7 country to legalize the use of recreational pot this past October. Other video surveillance solutions providers like Hikvision, IndigoVision and Vivotek – to name a few – have also invested.

“Early on, we recognized the security and operational requirements of the tightly-regulated cannabis market and evolved our offering to uniquely address those needs,” said Peter Strom, President and CEO at March Networks in a press release this Fall, adding that March Networks is currently working with multiple cannabis operators across the United States. In Colorado, March Networks is using its Searchlight software to enhance levels of RFID tracking for cannabis product from seed to sale as mandated by state law.

According to Tony Gallo, managing partner of Texas-based Sapphire Risk Advisory Group in a recent interview with Marijuana Business Magazine, “The cannabis industry is really not that unique. If I took a dispensary and put jewelry in there, it’s really not that different.”

Gallo continued in his interview with MJBiz that each security project is so different it is almost impossible for a security consultant, systems integrator or technology vendor to provide a plan that fits all. He says that a typical grow facility should budget between $80,000 to $100,000 for security and the retail side of the business around $40,000.

Talking with Ryan Schonfeld, the founder/CEO of RAS Consulting and Investigations following his session at the recent CONSULT 2018 Security Symposium in Nashville, he indicates that there is plenty of work for any security-minded professional who is not risk-averse.

Schonfeld admits that the stigma of working in what some consider a rogue business keeps the competition light, but he realizes that will not last long once the feds figure it out. “Yeah, it is sort of weird going to a security conference and being introduced as the ‘Weed Security Guy.’ But that’s okay. This is a massive emerging market.

“The frustration with the regulations is kinda like you’re riding on a loaded freight train, going down the tracks, and trying to build the tracks in front of you as you’re rolling. The states are figuring it out as they go. Several are using Colorado as a model, but Colorado hasn’t even gotten everything right. So as the regs change, so does your design for security, even the construction of the facility, or your video retention or what you have to do with the video,” Schonfeld adds.

Coming to grips that change is a normal process, albeit an uncomfortable one at times, allows you to control most situations. For security professionals like Schonfeld, realizing you are working in a tumultuous business environment encourages flexibility and a quick pivot.

“I know cannabis is here to stay. It’s too mainstream and widespread, it’s not going away. It may change and evolve, and I hope it does, but it’s a real industry.”

Schonfeld says that his firm’s working experience in the cannabis space has spanned the spectrum of explaining business concepts and regulatory issues to stoners seeking to advance a legitimate business to consulting with high-end boutique retail cannabis dispensaries in Midtown Manhattan.

“This place is in Midtown on 5th Avenue. It’s a licensed medical cannabis dispensary. It’s been compared to an Apple store. I believe Forbes said it was $19 million to open that 1,200 to 1,400 square-foot store,” says Schonfeld, pointing to the image of a glitzy store interior. “So that’s our reality in the cannabis space. And picking your customers more than your customers are picking you is something that we’ve found incredibly important. All the industries and verticals that we are currently working in now are directly correlated to what we’re doing in the cannabis space. We’re doing logistics, we’re doing delivery, manufacturing, warehousing, transportation of secure products. The pharmaceutical business is probably the most closely related to different standards and regulations.”

Many perspective cannabis operations are finding it difficult to find qualified and willing systems integrators, as well as reputable guard companies. National guard companies who have large federal government clients worry about losing lucrative contracts because of the potential blowback of working in an industry that is not federally sanctioned. Schonfeld finds that their legal departments won’t allow them to work in the space, and the same is true for integrators.

“If you’ve got a national (cannabis) customer that’s looking to be a national account and wants to use one integrator across the country, today, it’s almost impossible for that to happen in this industry. So, they are looking at regional or local partners all over the place, which for the bigger (cannabis) businesses can be hard to manage,” laments Schonfeld, telling the manufacturers in the session room that they should be excited about this space since the industry really needs its expertise and help in securing systems integrators that are willing to work in this space and put their name on it.

Steve Lasky is the Editorial Director of SecurityInfoWatch Security Media, which includes print publications Security Technology Executive, Security Dealer & Integrator, Locksmith Ledger Int’l, and the world’s most trafficked security web portal SecurityInfoWatch.com. He is a 30-year veteran of the security industry and a 27-year member of ASIS. You can contact him at steve@securityinfowatch.com.