Not Sure About Selling Your Business? This Will Help Make Your Decision 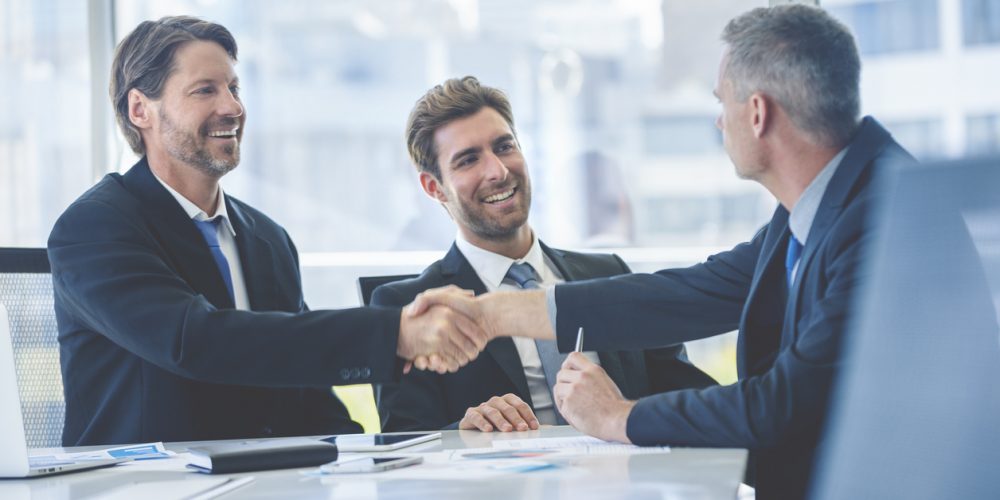 If you’re an entrepreneur, an adventurous manager or a risk-taking salesman, I’d urge you to go back to part one of this story, featured in the June issue of SSI.

Just to quickly recap, business partners Reggie Harmon and Kevin Eisenman were living the good life — to the tune of $50,000 in RMR after building up a loyal clientele — running Allied Security in beautiful Breckenridge, Colo., when a bit of midlife business crisis set in.

Questions about selling the company and even whether or not to stay in the security industry began swirling about.

I knew the elder Bauer and he was really an alarm guy’s alarm guy. He knew about making customers happy, he knew how to manage employees, and he started a great company located in Basalt, Colo., on the Western slope of the Rockies. In 2010 Frank Sr. passed away, and his son took over.

Like his father, Bauer’s business dreams were as large as the surrounding mountains, and he has taken Proguard to new heights. Today, the company monitors over 3,800 accounts — mostly vacation villages and homes — and is highly regarded among those who are fortunate enough to own homes in that part of Colorado.

Now, enter Harmon and Eisenman. Approximately the same age as Bauer, they knew their strengths, as well as their limitations. They also had that dilemma of what to do with their business. Their decision: sell Allied Security to Proguard Protection Services.

But in reality, though, they decided to partner with Bauer in building up the combined companies. With Allied Security well-established in the Breckenridge area, and Proguard operating just to the west, they pretty much owned central Colorado. With their work ethic and their combined talents running a security provider, the trio felt they could make it a success.

Why did Harmon and Eisenman sell? Simply, they sat down and explored their strengths and weaknesses. Their strengths were all customer-centric, but they were both spending far too much time on the operations side of the business.

And that’s where their weaknesses stood, as they weren’t completely comfortable with all of the management skills needed to run a business — accounting, inventory control, hiring and firing, dealing with the legal side of the business, etc.

Bauer had all of those attributes firmly in place, and Proguard could easily be expanded to incorporate all of the operations (back office). The solution came in the form of a merger.

Because I had known his father well, and Bauer trusted me, he asked if I could advise him in addition to the fact that Davis Mergers and Acquisitions Group was representing Harmon and Eisenman. Since we only represent sellers, I told Bauer we would help to the extent that we could as long as it didn’t conflict with the work we were doing for the other side.

Harmon and Eisenman agreed to that. Thus we were able to point Bauer to David Stang, who helped him prepare his business paperwork to present to a bank for financing.

Stang helped Bauer package the financing documents necessary to obtain a $2.75 million line of credit from CIBC, formerly PrivateBank, and a good portion of that was used to do the deal.

So there’s the happy resolution to this two-part security tale. For the epilogue I asked Bauer if he could give his great idea for the industry. He echoed the process that Allied Security’s principals had relied on.

“Whether it’s making an acquisition, deciding on a new hire, or making the huge step of borrowing millions of dollars to expand a business, I always do one thing. I use the old Ben Franklin decision-making matrix,” he said. “I take a plain sheet of paper, divide it down the middle, and on the left side I have a column entitled REASONS FOR, and on the right side, the column is entitled REASONS AGAINST. And then I spend hours, sometimes days depending on the magnitude of the decision, weighing the strengths against the weaknesses.”

The matrix worked well in favor of all parties involved with this deal. “In this case, it didn’t take a great deal of time to lay out all the reasons for merging our two companies together. And frankly, I was hard put to think of a reason against doing the transaction,” Bauer said. “Oh, and by the way, I really liked Reggie and Kevin. These guys are a great addition to our family. And they brought their whole staff with them, and that group is equally great.”