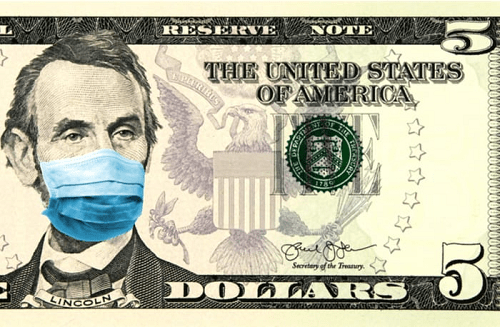 Final results are in for this month’s news poll — one of the most participated in polls Security Systems News has done to date — showing that companies are being severely affected by the coronavirus outbreak.

“Incoming calls for new systems and service calls have dropped off greatly,” said one respondent.

Another noted: “Have had cancellations of new installations as well as cancellation of monitored accounts because of job losses.”

“Only mission critical businesses are open and only for emergency repairs/maintenance,” added another respondent. “All other projects are on hold.”

While commercial demand is significantly impacted, as companies limit access to business locations, another respondent pointed out, “Demand from residential customers, both for new activations and service appears to be steady.”

While some dealers are able to work, some are finding, as one respondent pointed out: “Many residential customers do not want us in their homes during this time.”

Looking directly at the supply chain, 77 percent said it has been impacted by the coronavirus, with just 23 percent not feeling the effects yet.

“Supplies of equipment are selling out,” said one respondent. “Some people are declining to shop — even for essential products and services. And a general feeling of uncertainty makes our customers wary of investing.”

Another agreed, adding, “Some suppliers are not shipping product, and if they are the shipments are severely delayed.”

“We have a good amount of stock and ADI seems stocked up too,” noted one respondent. “We have done service work [but] there have not been installs since the shelter in place order. Have not had any lack of payment from clients.”

Asked when the economy will return to “business as usual,” respondents were split, with 47 percent saying within the next 6 months, and the less optimistic group — at 38 percent — saying within 18 months. Only 15 percent feel it will take longer than 24 months to get back to normal.

“While the economy may return in 6 months or less, the issue for the security industry is much larger,” said one respondent. “We are finish contractor and projects need to be in finish stage for us to really make our money. The delays in projects and no new projects bidding is just going to hurt that much more and for much longer.”

Another respondent, who said within 18 months, noted, “It all depends on how much demand destruction occurs. Supply chains can be rebuilt fairly quickly, but if there isn’t a quick rebound in demand because people are unemployed, it will take time to rebuild the economy.”

There was also some concern that the RMR side of things, which has been somewhat protected during this crisis so far, might also be impacted. “It will take me another month to see if people take it [recurring monthly services] out of their budget,” noted one respondent. “No affect on supply chain as of now. I expect things to be back to fairly normal (USA) within 6 months.”

Some are not as optimistic and see it taking upwards of 18 months or longer to recover fully. “With all the hype and fear it will take some time for Americans to forget the get back to ‘business as usual.’”

Another agreed on that timeframe, noting, “We haven’t seen the signs we’re anywhere near the bottom yet, so I expect recovery to be quite a way out.”

Note: This month’s News Poll looks at the CARES Act to see if security companies are having trouble applying for and getting funding.