New research shows DIY is on the rise 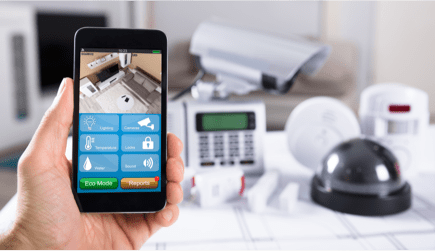 6.13.19 – SSN – Dallas – Parks finds DIY raising awareness while competing with traditional dealers.  New research from Parks Associates reveals at the end of 4Q 2018, 28 percent of U.S. broadband households reported the presence of an active security system, up from 26 percent in 4Q 2017, with 24 percent having professional monitoring.

What is interesting, though, is Parks’ Connected Trends & Disruption in Home Security reports that 52 percent of households that are highly likely to purchase a security system in the next 12 months plan to buy a system that is self-installed.

“Professional installation continues to be the dominant choice for home security systems, but self-installation continues to experience growth,” Dina Abdelrazik, senior analyst, Parks Associates, said in the announcement. “Self-install security systems have made a mark. Self-installed security solutions have the potential to significantly lower the cost of security and, in doing so, expand the market beyond that which is currently serviced by the professionally monitored security industry.”

“From our data, on average, consumers spend 4 hours or more installing their DIY security system in the home – that tis a very long time,” Abdelrazik told SSN. “So the market with these types of devices tends to push toward ‘Do it For Me,’ if it is taking too long, or if there is customer frustration. Consumers might get that DIY package in the home and it might sit there and the customer says, ‘Forget it, I don’t want to actual deal with this.’ So it is raising awareness — by tech giants like Amazon and Google — who are bringing forward those DIY devices.”

In terms of raising awareness, she noted, “It is complementary as well as a threat in a way that consumers don’t want to spend too much on a security system. So one of leading concerns or causes for consumers to cancel their professional monitored subscription is because fees are too high. So you see other players coming into the market with disruptively low fees and so consumers might look at a DIY system to purchase instead to lower those fees if they are price sensitive, for example. But it is also raising awareness because consumers may buy that device and say, ‘It is self-monitored and only creating awareness in my home but want to take it a step further with 24-7 monitoring around my home,’ — so it is raising awareness while competing with traditional players.”

Abdelrazik added, “There will always be that ‘Do it For Me’ market for consumers who want that 24-7 protection and peace of mind, and consumers understand and trust their traditional security provider to maintain and protect their home. So they are going to be in the market for a very long time.”

Overall, the Consumer Trends & Disruption in Home Security study reveals intentions for 2019 are roughly parallel to those of 2018 — 15 percent of broadband households report an intention to acquire a security system, with 8 percent reporting high intentions.

“Some providers and manufacturers believed smart home additions would pull security systems into 50 percent of U.S. households, but current trends indicate this will not happen soon,” Abdelrazik said. “Security providers, particularly traditional players, are taking steps to incorporate the sale of adjacent devices into their offerings. Networked cameras and video doorbells in particular are having early success, but providers need stronger holistic explanations for selling across device categories, including energy and convenience. Providing the ability to self-install additional smart home devices to existing security systems helps to move the needle forward.”

Consumer Trends & Disruption in Home Security provides insights on what is driving the market and quantifies the trends, the competition, channels, and value-added services for the home security market.