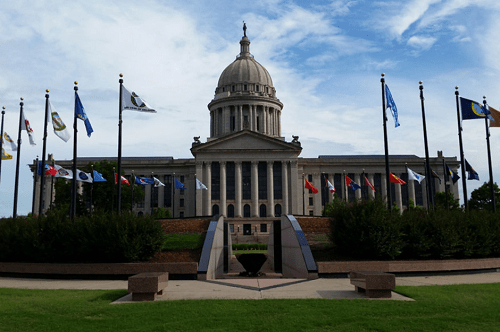 For the better part of a decade, Oklahoma has been trying to wrangle its agencies to unify their technology operations. And they’ve made a lot of progress.

The new governor, Kevin Stitt, wants to step it up a notch. So he’s appointed David Ostrowe, a long-time entrepreneur, as the state’s “secretary of digital transformation and administration.”

“It’s basically the old secretary of finance role,” Ostrowe said. “So I have 49 agencies that roll into me with the mandate of handling data transformation across the board. As we look at anything where the government touches the citizens — how do we modernize that, how do we reduce any type of duplication that’s required, to provide the information anybody needs from paying taxes to getting services, all in [a] one-stop shop?”

Ostrowe’s appointment comes as Stitt shakes up the agency reporting structure, splitting the duties of the old secretary of finance position into three. Though Ostrowe doesn’t have direct supervision of the state’s IT department, he will be working closely with the person who does: John Budd, who has been appointed secretary of agency accountability.

One thing in particular Ostrowe wants to look at is where technology and data silos exist in the state government, and examine where the state might be able to make itself more efficient or collaborative. He’s in the process now of determining what data the state collects on its citizens, and where that data is housed.

“We have a lot of work to do,” he said. “And what it comes back to is each agency, more or less, is doing their own thing. They have their own IT strategies.”

Ostrowe’s first meeting upon taking the job was with Oklahoma CIO Bo Reese. Ostrowe said he’s planning on working with the state’s technology leaders — including Budd, to whom Reese will report.

He and Budd come from similar backgrounds. For two decades, Ostrowe has led O&M Restaurant Group, which runs Burger King franchises and other restaurants. Budd served as an executive of Oklahoma City-based Sonic, the drive-in chain.

During his time in the restaurant industry, Ostrowe said he touched every part of the business and considered how the pieces fit together and how technology might serve them. His background also includes five years on the board of the state lottery agency, three of which he served as chair. While there, he said, the lottery worked with the Legislature to change laws and found a way to double revenue. He also prides the agency’s use of technology.

“Using technology we were able to cap the overhead of the agency at 1.5 percent,” he said. “So when you look at the lottery, it’s probably one of the most [cost-efficient] agencies in Oklahoma.”

As for his time serving in the governor’s cabinet, Ostrowe won’t be taking a paycheck. He views that work as giving back to the state. He’s keeping his job leading O&M, which he calls his “day job” — though that may be a bit of a misnomer.