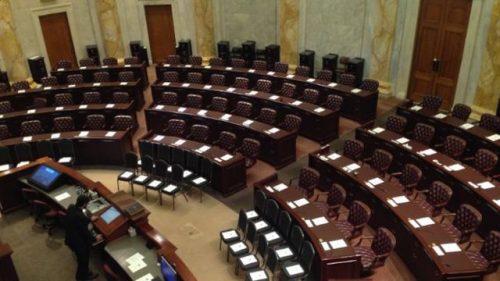 However, there will be a bevy of new faces in the Arkansas General Assembly come January.

The Arkansas Senate will welcome five new lawmakers, all of whom have made their way across the Capitol from the House. Greg Leding (D-District 4), Bob Ballinger (R-District 5), Mathew Pitsch (R-District 8), James Sturch (R-District 19) and Kim Hammer (R-District 33) will be sworn into the Senate in January.

Mark Johnson, of District 15, will also be headed to the Arkansas Senate, though he had no opponent going into Tuesday’s election.

It’s also worth noting that Rep. Mickey Gates, a Republican serving District 22 which encompasses Garland and Saline counties, won his re-election bid despite being charged with failing to pay taxes. Gov. Asa Hutchinson called for Gates to resign this summer. He held his seat with 65 percent of the vote.