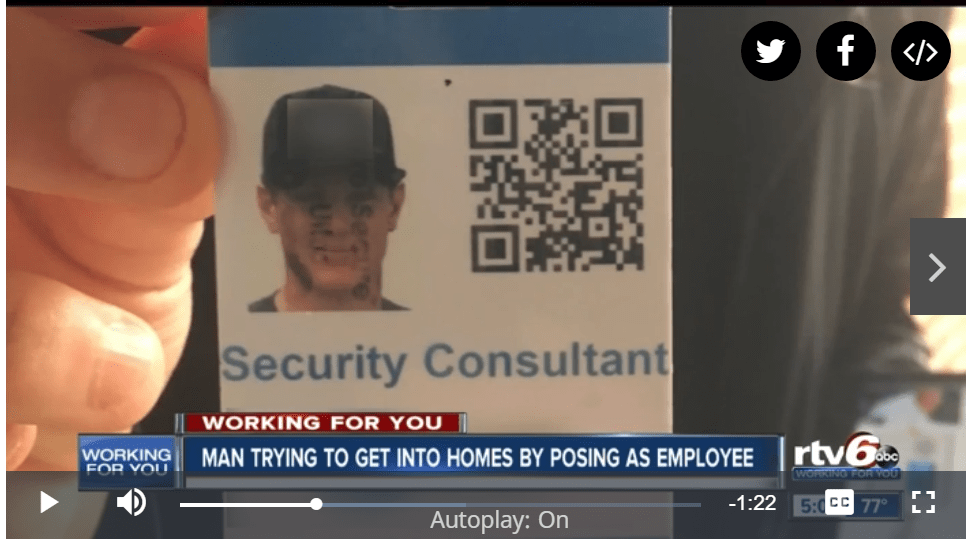 People living in the Williamsburg Village subdivision in Brownsburg are warning their neighbors about a man they say is posing as an alarm company employee and trying to gain access to their homes.

The alert first went out over the neighborhood’s Facebook page after an elderly woman reported a man trying to get into her home who was claiming to be an alarm company employee. Another neighbor overheard the commotion and scared the man off, but they’re worried he’s tried it at other homes.

They say the man was wearing an ID badge, but they believe it was fake, so they’re warning the rest of their neighbors to stay on alert.

“We all watch out for each other,” said Carter. “I have a neighbor down the street that keeps an eye out for my house. I use the Williamsburg Facebook page to alert anyone to anything that is going on in the neighborhood.

The Hendricks County Sheriff’s Office is looking into the reports and offers the following tips to keep yourself from becoming a victim:

If you are approached by these fake alarm company workers or anyone suspicious you should call your local police department immediately.